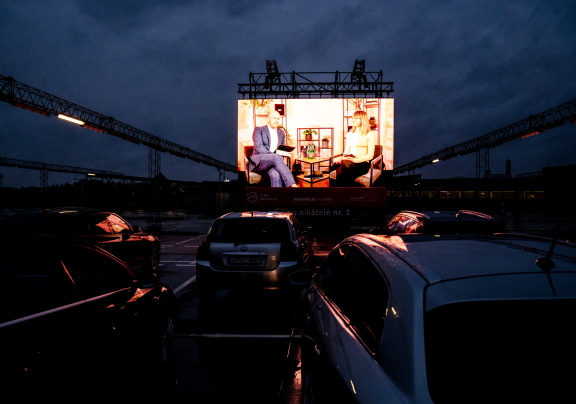 “Gritt” by Itonje Søimer Guttormsen won the Best Film title in the European Debut Competition for its tremendous portrait of creative, economic, and social failure, while the film’s lead Birgitte Larsen took home the award for Best Actress.

The festival went digital for the second year in a row, with winners announced during a live broadcast. Ainhoa Rodríguez was named Best Director for her impressively distinct vision in “Mighty Flash”. The Best Actor title went to Pierre Deladonchamps for his enthralling performance in the tense social thriller “Rascal” by Peter Dourountzis. Visual artist Tim Leyendekker’s bold and justly provocative “Feast” received Special Mention.

The FIPRESCI Prize, awarded to films created in the Baltic region, went to “People We Know Are Confused” by Lithuanian director Tomas Smulkis, which skilfully and sensitively links three lives.

Jasmila Žbanić’s Oscar-nominated “Quo Vadis, Aida?”, a harrowing retelling of the 1995 Srebrenica Massacre, received the Audience Award. Viewers also picked “Swamp” by Klementas Davidavičius as their favourite Lithuanian Film and “The Little Bird and the Bees” by Lena von Döhren as the best Short Film.

Winning films and audience favourites will continue to be available on-demand, with the hope of screening them in-person once movie theatres reopen.

According to preliminary data, 100,000 viewers streamed the festival line-up. “We’re glad that the language of film transcended our physical separation, providing an unparalleled sense of community and closeness,” said CEO of Vilnius IFF Algirdas Ramaška, thanking fans for their support. “Together with our partners we were able to provide safe experiences following quarantine restrictions, such as the private screening rooms in hotels that surely left indelible memories,” shared Ramaška.

The awards ceremony was also broadcast on the drive-in screens in Kaunas, next year’s European Capital of Culture. Organizers of Kaunas 2022 gifted viewers a special musical performance that closed out the event.