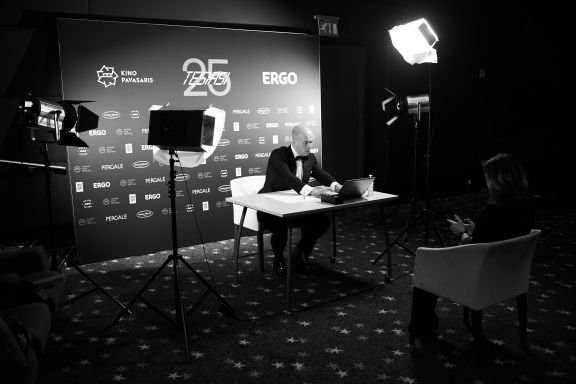 Bold and poetic, “The Metamorphosis of Birds” by Catarina Vasconcelos won the Best Film title in the European Debut Competition during a live broadcast of the awards ceremony.

The Best Actor title went to Jérémie Laheurte, Djanis Bouzyani and Anthony Bajon from the romantic drama “You Deserve a Lover” by Hafsia Herzi.

The absurd yet elegant commentary on European colonialism in “Nova Lituania”, directed by Karolis Kaupinis, was awarded the Cineuropa Prize.

The Audience Award went to Jan Komasa’s Oscar-nominated “Corpus Christi”, which will continue to be available on-demand alongside other winning films. In order to spotlight the fraught situation faced by movie theatres, Xavier Dolan’s closing title “Matthias & Maxime” played in empty auditoriums after the awards ceremony ended

During the past two weeks, films in the online programme of Vilnius IFF were streamed 55,000 times – a sign of considerable support for the digital edition of the festival.

The entire on-demand programme is available at https://kinopavasaris.lt/lt/filmai/ziurek-namuose