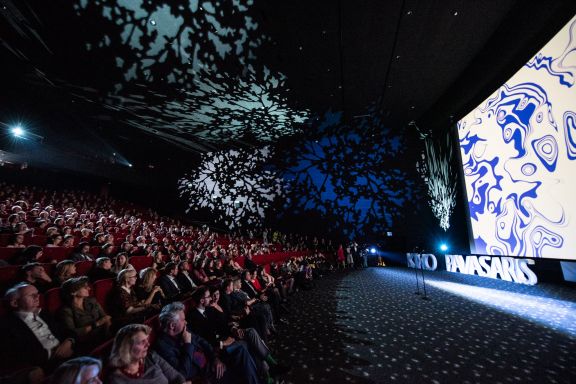 Winners of the 24th Vilnius IFF Announced, Including Many Lithuanian Films

The title of Best Film in the European Debut Competition went to Richard Billingham’s autobiographical drama “Ray & Liz”, about a family living on the margins of society. The 24th Vilnius IFF Kino Pavasaris was also a success for Marija Kavtaradzė’s touching and humorous look at mental health “Summer Survivors”. The awards ceremony ended with a screening of Rugilė Barzdžiukaitė’s documentary “Acid Forest”, which transported viewers to Lithuania’s cormorant colony.

Zsófia Szilágyi was named Best Director for her insightful look at the challenges of modern motherhood in “One Day”. Lola Dueñas earned the title of Best Actress for her emotional depiction of a woman breaking out of her shell in “Journey to a Mother’s Room”. The Best Actor award went to Paulius Markevičius for his bold and empathetic portrayal of a troubled young man in “Summer Survivors”.

Thriller “Cutterhead” by Rasmus Kloster Bro received the FIPRESCI Prize for the best film created in the Baltic region.

The Cineuropa Prize was awarded to the documentary “Animus Animalis (A Story About People, Animals and Things)”, directed by Aistė Žegulytė.

“In Between”, directed by Samir Karahoda, received the Short Competition award, while the title of best Student Film went to Jevgenij Tichonov’s “Taco”.

The audience also cast their votes, selecting “Capernaum” by Nadine Labaki as their favourite feature film, “Family Unit” by Titas Laucius as the best short film, and “Summer Survivors” as their most beloved Lithuanian film.