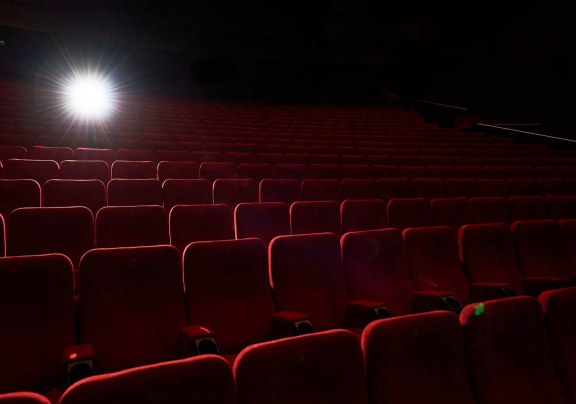 After two years of virtual editions, Vilnius IFF will return in person on April 30 for one week of new films and audience favourites. Exceptional works that were saved for the big screen will welcome filmgoers back to cinemas.

“This moment has been a long time coming. We are thrilled to finally return to our true home – movie theatres – where together we’ll safely remember the genuine cinematic experience, watch never-before-seen as well as favourite films, share our impressions, smile at each other behind our masks and otherwise rejoice. We are tremendously grateful to every one of our 100 000 virtual viewers – you made it possible to host these in-person screenings,” said festival CEO Algirdas Ramaška.

According to Ramaška, cinemas also set protocols to ensure the safety of their visitors. “The auditoriums are spacious, allowing filmgoers to physically distance, and the ventilation systems bring in fresh air multiple times during each screening. Of course, we also ask viewers to take all necessary precautions. Only by working together can we return to cinemas and keep them open,” said Ramaška.

The special line-up includes audience favourites and competition winners from the virtual edition, as well as 5 premieres, 3 works whose theatrical releases were postponed for over a year, and 6 renowned films from the festival’s theme section.

The new releases include Victor Kossakovsky’s moving black and white documentary about the lives of farm animals “Gunda”, the candid conversation between two legendary directors “Hopper/Welles”, the charming acquaintance with Northern Italians and their dogs in “The Truffle Hunters”, Tadhg O’Sullivan’s cinematic fairytale about Earth’s natural satellite “To the Moon”, and Mona Fastvold’s melancholic yet beautiful romance between two women set in 19th -century America “The World to Come”.

“I’m overjoyed that our return to cinemas includes not only new films but also acclaimed works whose in-person screenings are often the most extraordinary experiences at film festivals. Our theme section empowers us to reconsider the present,” shared Artistic Director Mantė Valiūnaitė.

Three singular films have been postponed since last year’s festival – Albert Serra’s “Liberté”, which won the Special Jury Prize in Cannes, the deeply sensory “Cemetery” by Carlos Casas, and the uncomfortable yet significant “White on White” by Théo Court.

“These are works meant to be seen on the big screen, requiring calmness and concentration which can only be achieved in the darkness of a cinema, once you put aside extraneous distractions and embark on the journey offered by the director. These conditions are very important to some creators and distributors, who do not permit streaming even under such unfortunate circumstances. We are delighted to show these films in cinemas, as intended,” says programmer Aistė Račaitytė.

Fans of experimental films will find what they’re looking for on Screen 9, which will present unique short films and other works with distinct language and form.