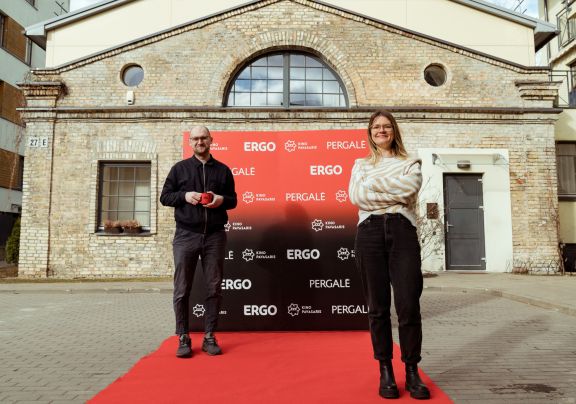 With less than two weeks to go until its 26th edition, Vilnius IFF has launched its own virtual cinema platform. The theatrical experience began with a special digital screening of Hong Sang-soo’s “The Woman Who Ran”, included in the festival’s Masters section.

“After switching to a digital format last minute the previous year, we wanted to improve the viewing experience in case of an online festival in 2021. After many months of preparations, we can now offer the same quality and experience as the biggest virtual festivals around the world. Our goal is to provide viewers at home with the true spirit of the festival,” said Algirdas Ramaška, CEO of Vilnius IFF.

Sang-soo’s Silver Bear winner will be available for early streaming the weekend of March 6–7 at filmai.kinopavasaris.lt/en/, offering a taste of the festival to come on March 18th.

According to programmer Andrei Tănăsescu, the Masters section opens a window to the entire world in a year marked by travel restrictions and isolation. “Thought-provoking documentaries, engaging experimental works and wide-ranging fiction titles that span all genres of cinema. Exploring themes of love and obscenity, personal and national histories, intimacy and narcissism, resilience in the face of strife – these films weave a rich tapestry of the human condition and offer us a comforting escape to celebrate life in all its wonder,” shared Tănăsescu.

Taiwanese filmmaker Tsai Ming-Liang returns to Vilnius IFF with “Days” – a largely dialogue-free experience that centers on two lonely men finding each other for one night.

In the documentary “Bitter Love”, Jerzy Sladkowski is the fly on the wall of the cruise ship sailing along the river Volga. He films women and men with their best years behind them spend three weeks on the water hoping to rediscover love, surrounded by faux opulence.

Latvian director Laila Pakalnina reboots the story of Snow White for a generation plagued by narcissism. Composed of selfie shots, “In the Mirror” follows the classic fairytale character as she grows up in a gym.

Finally, Canadian provocateur Bruce LaBruce tackles sexual taboos, mythology, and religion in his latest “Saint-Narcisse”. When a self-obsessed young man embarks on a search for his family, he discovers a lesbian mother, a twin brother, and a deviant priest.