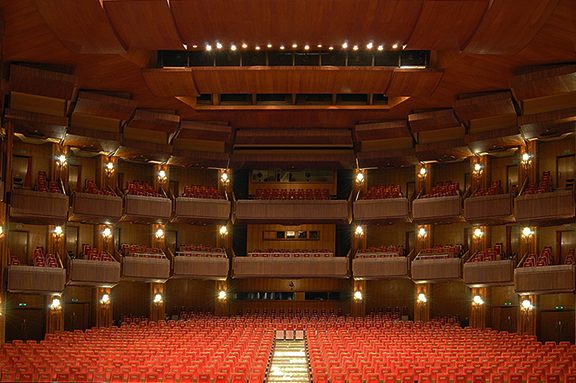 Vilnius IFF Goes to the Opera for 25th Anniversary

After a quarter-century in movie theatres, Vilnius IFF will have a change of scenery by holding special screenings at the Lithuanian National Opera and Ballet Theatre.

A thousand viewers will be able to enjoy films inside one of Lithuania’s most iconic cultural buildings on March 21–22. The experience will last almost 24 hours and include four works ranging from a silent film to an Oscar-nominated thriller.

The horror comedy “Deerskin” will start things off at nearly midnight, with a story that tests the boundaries of humour. Written and directed by Quentin Dupieux, it stars Oscar-winner Jean Dujardin as a man obsessed with his vintage suede jacket.

Lithuanian audiences will finally get the chance to see Bong Joon-ho’s darkly comedic “Parasite”. The Palme d’Or and Golden Globe winner examines the complicated relationship between two families, one wealthy and the other impoverished. The South Korean director calls his hugely successful social satire “a comedy without clowns, a tragedy without villains”.

In “Portrait of a Lady on Fire”, Céline Sciamma depicts a forbidden romance between two women – an artist and her subject. Set in the 18th century on a picturesque island off the coast of Brittany, the film captures the intricacies of love, art and how the two are connected.

Charlie Chaplin’s silent feature “The Circus” will be accompanied by live music performed by the St. Christopher Chamber Orchestra. A classic example of pantomime and the perfect showcase for Chaplin’s comedic gifts, the film was honoured at the first ever Academy Awards.

Tickets forscreenings at the Lithuanian National Opera and Ballet Theatre may be purchased here.