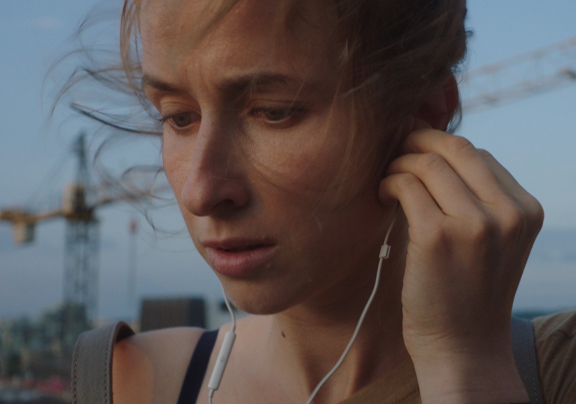 10 feature and 33 short films are set to vie for the awards starting March 25. The section will open with an out-of-competition screening of Fanny Liatard and Jérémy Trouilh’s “Gagarine”, with films available for streaming until April 5.

Artistic Director Mantė Valiūnaitė calls the competition section the beating heart of every international festival. “We are pleased to support talented directors taking their first steps into the world of cinema. Every creator finds their debut film extremely important, so Vilnius IFF aims to pay them special attention. All programmers cherish this section,” says Valiūnaitė.

The European Debut Competition will include the world premiere of “People We Know Are Confused” by Lithuanian director Tomas Smulkis, available for streaming only on March 27. The film takes place over four hot summer days, portraying the lives of the people living in Vilnius.

According to programmer Aistė Račaitytė, the past year wasn’t easy for filmmakers, as many top festivals prioritized reduced lineups, leading to fewer opportunities for a successful festival circuit.

“However, major festivals like Cannes, Berlin, and Rotterdam payed considerable attention to debuting directors, including them in the main sections, providing higher visibility and more opportunities during the pandemic. We are happy to present a remarkably strong and thematically diverse competition film slate that represents the open and keen outlook of first-time feature directors,” shared Račaitytė.

M-Films; Daniel Kasman, vice president of content at Mubi; and Hungarian filmmaker Lili Horvát, whose “Preparations to Be Together for an Unknown Period of Time” is also part of the Vilnius IFF programme.

Six Lithuanian films will take part in the brave and moving Short Competition, including “Swamp” by Klementas Davidavičius, “The Little Moon” by Elena Kairytė, “Places” by Vytautas Katkus, “Ieva” by Domas Petronis and Vytautas Plukas, “Limousine” by Saulė Bliuvaitė, and “Interrogation” by Urtė Sabutytė.