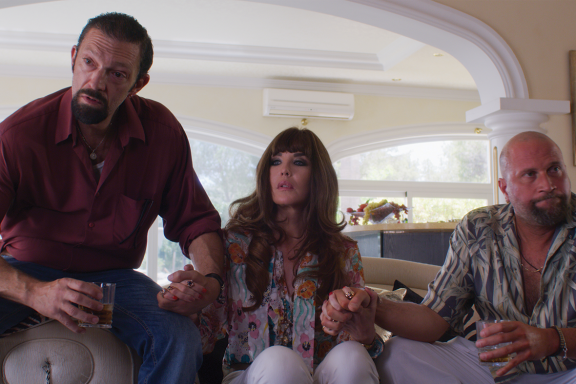 The Festival’s Renewed Team of Programmers Share Their Discoveries

23 feature and 12 short films that stand out in their style and professional skill have been selected for the Discoveries section of the 24th Vilnius IFF Kino Pavasaris.

This year, a renewed team of programmers have scoured the film festival circuit to find the best works to bring to Lithuania. They share their personal favourites from the Discoveries section.

Long-time programmer at Vilnius IFF Mantė Valiūnaitė draws attention to two female directors whose works examine fatherhood and portray male fragility – Estonian “Take It or Leave It” by Liina Trishkina-Vanhatalo and French “Real Love” by Claire Burger. Another one of Valiūnaitė’s must-sees is Phuttiphong Aroonpheng‘s heartfelt and mysterious “Manta Ray”. Set in contemporary Thailand, the drama received the Horizons Prize at the Venice Film Festival.

One of the films that stuck with programmer Aistė Račaitytė is Gabriela Pichler’s “Amateurs”, winner of the Best Nordic Film title at the Goteborg Film Festival. The vibrant comedy offers an insightful look at the multicultural fabric of Europe, addressing important issues with poignant humour. Račaitytė also recommends seeing Juan Vera’s romantic drama from Argentina “An Unexpected Love” and a look at Mexico’s working class “The Chambermaid” by Lila Avilés.

Joining the festival programming team is Gediminas Kukta, whose discoveries include two documentary shorts. Mahdi Fleifel‘s “I Signed the Petition” examines what it means to be Palestinian when just signing a petition may land you in hot water. Animated documentary “Swatted” by Ismaël Joffroy Chandoutis portrays a dangerous harassment tactic that erases the line between reality and fiction for gamers. Kukta also highlights the provoking examination of otherness in Aleksey Chupov and Natasha Merkulova’s feature drama “The Man Who Surprised Everyone”.

Finally, new programmer Dovilė Raustytė set her sights on the themes of burnout and extreme careerism. In “Those Who Work”, Antoine Russbach depicts a workaholic man who society has turned into a Frankenstein-like monster. Another one of her favourites is Tashi Gyeltshen’s “The Red Phallus”, which examines a young woman’s struggle against gender oppression in the mountains of rural Bhutan. To those looking for some stylish fun, Raustytė recommends the French heist movie “The World Is Yours”, directed by Romain Gavras, best known for his visually captivating music videos.