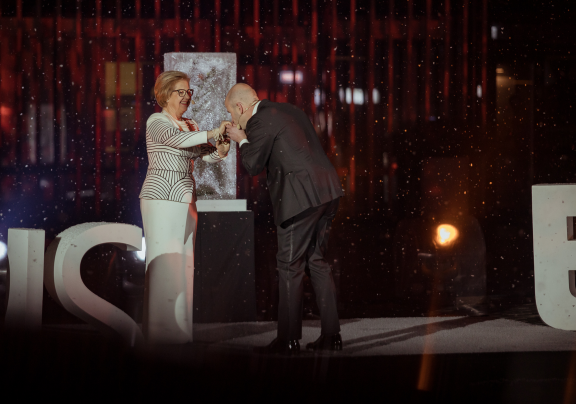 Results of the Hybrid Vilnius IFF

This year, organizers of the Vilnius International Film Festival were prepared for anything. The event that kicked off back in March took place in local living rooms, hotels, and drive-in cinemas, returning to the newly reopened movie theatres for one week in April. Over 108,000 viewers from all around Lithuania took part in the hybrid festival.

CEO Algirdas Ramaška says that virtual events cannot capture the spirit of physical festivals. “We’ve talked with our international colleagues and agreed that an online edition alone is not enough. In-person viewer experiences and our relationship with them are at the heart of film festivals. Which is why many either chose to postpone their events or looked for other possibilities, us included,” says Ramaška.

According to him, Vilnius IFF is first and foremost an event for the viewers, aiming to broaden their cinematic experience. “108,000 isn’t just a number to us, it translated into immense support for the festival, for which we are grateful. We welcomed almost as many viewers as last year, which goes to show that interest in great cinema remained high during the second lockdown,” shared Ramaška.

The drive-in cinema in Kaunas was also a sensation, with most screenings sold-out and 1010 vehicles coming through over four days.

Viewers could stream this year’s film programme on three platforms, including the brand-new virtual cinema offered by Vilnius IFF.

“We noticed that digital screenings have found a new audience, one that didn’t have the habit of going to movie theatres. We will look for ways to introduce them to the joys of the big screen, however, festivals will likely adopt the hybrid model in the future, showing films in-person and online,” says Executive Director of Vilnius IFF Agnesta Filatovė.

The pandemic also posed challenges for festival programmers, most concerning of which was the uncertainty of what shape this year’s edition will take. Artistic Director Mantė Valiūnaitė shared that nevertheless, they managed to put together a line-up of the newest and most notable films, as well as some revered classics that reflect on the indecision of modern times.

“We are immensely pleased that movie theatres have reopened since some films were impossible to move online. The collective experience of watching a film on the big screen is an important element of cinema. The return to movie theatres allowed us to fully realize our curatorial vision,” says Valiūnaitė.

One of the positives of the global lockdown, however, was easier access to creators from all around the world. 47 filmmakers, including Radu Jude, Denis Côté, Victor Kossakovsky, Albert Serra and Ciro Guerra, joined the festival virtually for conversations that enriched the experiences of viewers.