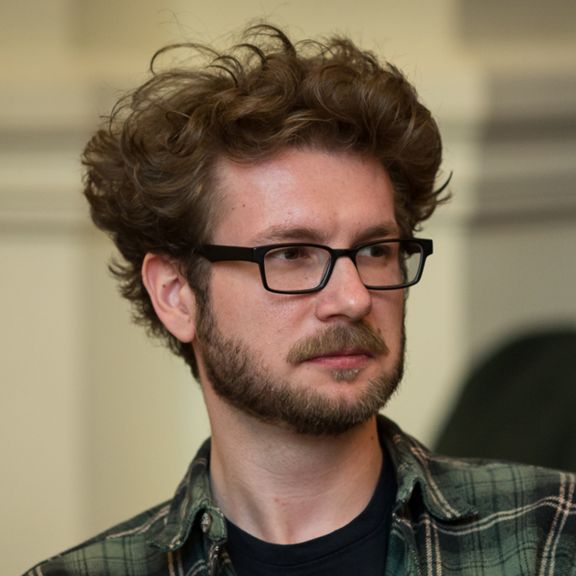 The 26th International Vilnius Film Festival “Kino Pavasaris” will take place in 2021. The already preparing team has been joined by a new team member, Andrei Tănăsescu. Tănăsescu has worked as a programme curator at multiple films festivals in Toronto, Berlin, Bucharest and others for many years; a few weeks ago he also became one of the curators of the Venice International Film Festival’s parallel section “Venice days”.

“Andrei Tănăsescu has visited “Kino Pavasaris” several times and we have often met each other at film festivals abroad. I remember our conversations about films and their creators as very rich and interesting. When we decided to renew the festival’s 2021 programme curating team, Andrei was the first person I thought of inviting, due to both his outstanding knowledge and broad experience in the international film industry, as well as the beautiful relationship he has with “Kino Pavasaris” and Vilnius City in general,” says the Vilnius Film Festival Artistic Director Mantė Valiūnaitė.

Tănăsescu admits having accepted the offer with great pleasure: “I’m honoured and very happy to join “Kino Pavasaris’s” programming team, whose knowledge of and dedication to cinema I respect immensely. Working for years in the international festival circuit, I’ve been following with great interest and admiration how the festival grew to become one of the most significant film events not only in the region, but also in the international cinema landscape. I’ve always been committed and passionate about discovering and nourishing new cinematic talents, and I look forward with glee and pleasure to sharing this rewarding experience with the Lithuanian audiences,” says Tănăsescu.

The “Kino Pavasaris” programme curator team, led by Valiūnaitė, will again be joined by Aistė Račaitytė, who has been a part of it for eight years. Last year’s curator of the Short Films programme, Aušra Umbrasaitė, will also join the team, together with film producer Marija Fridinovaitė who is currently based in Paris selecting next year’s short films.

“This particularly strange year has forced us to rethink the volume and structure of the programme and reflect on how the festival can help film creators who have found themselves in this unenviable situation, not able to complete the production of their films.

Together with Aistė, Andrei and the curators of the short film programme, Aušra and Marija, we will seek to form a valuable and diverse programme, inviting the viewers to reflect on multiple different subjects. As every year, we will include not only the latest films of important masters, bust also retrospectives as well as films created by young talents. We will continue to look for new ways to expand and enrich the experience of “Kino Pavasaris’s” spectators,” Valiūnaitė comments on the renewal of the team.

Artistic Director Mantė Valiūnaitė has been working with “Kino Pavasaris” as a programme curator for seven years. She has also worked as Senior Programmer for the Human Rights Documentary Film Festival “Inconvenient Films” for four years. She has led numerous film projects for “Meno Avilys” - an NGO specializing in film education and preservation - including “Slow Viewing: The Dialogue Between Márta Mészáros and Margarethe von Trotta” and “Luminous Shadows: Selected Installations & Film Retrospective of Apichatpong Weerasethakul”. Valiūnaitė graduated from Vilnius University with a Bachelor’s degree in Philosophy and obtained her MA in Film Studies at King’s College London. She is currently studying for a PhD in Art History.

Programmer and Head of Film Sales and Distribution Aistė Račaitytė has been a part of the Vilnius Film Festival for eight years. She obtained her Bachelor’s degree in Film Theory at the Lithuanian Academy of Music and Theatre, later gaining her MA in Film Curating at Birkbeck College, University of London. She has worked as Programme Assistant at the British Film Institute and curated several retrospectives in Lithuania, including “Slow Viewing: The Dialogue Between Márta Mészáros and Margarethe von Trotta”. Currently Račaitytė also writes reviews for films shown at international festivals as well as the ones distributed by “Kino Pavasaris”.

Aušra Umbrasaitė graduated from the Vilnius Academy of Arts obtaining a BA in Photography and Media Art. Since 2018, she has been coordinating a project by “Meno Avilys” and “Moving Cinema”, “Jaunieji kino programeriai” (Young Cinema Programmers). Between 2016-2018 she was working as Programme Assistant for “Naujasis Baltijos kinas” at European Film Forum “Scanorama”.

Currently based in Paris, Marija Fridinovaitė graduated from the Lithuanian Academy of Music and Theatre obtaining a BA in Cinema Management in 2015. In 2016, Fridinovaitė decided to move to Paris, where she joined the NISI MASA-European Network of Young Filmmakers and became Office Manager as well as one of the coordinators of the MEDIA funded project European Short Pitch. Fridinovaitė also founded a production company, “Filmai iš toli”, where she is currently developing her first feature film “Mother’s Day” (dir. Kamilė Milašiūtė), to be released in 2023.