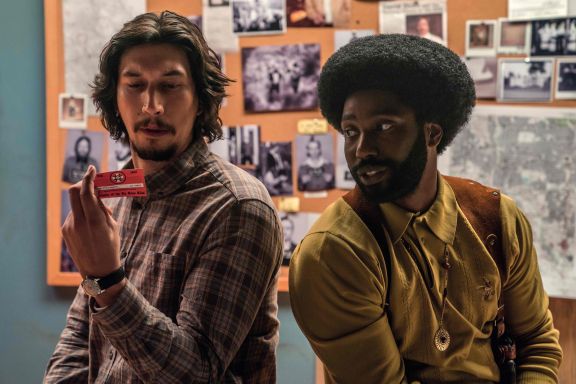 Spike Lee’s scathing critique of white supremacy and Donald Trump’s dangerous politics in “BlacKkKlansman” earned him the Cannes Grand Prix and 6 Oscar nominations, including his first for Best Director. In “3 Faces”, Jafar Panahi criticises the restrictions his native Iran places on its female citizens. A nostalgic spirit of resistance pervades the festival’s opening film “Summer”, whose director Kirill Serebrennikov lives under house arrest in Russia. Another critic of the Russian government, exiled documentary film maker Vitaly Mansky uses his own 19-year-old footage to chronicle Vladimir Putin’s rise to power in “Putin’s Witnesses”.

Nicolas Philibert pays tribute to hardworking and often underappreciated nurses in his emotional documentary “Each and Every Moment”, while Britain’s trailblazing documentarian Kim Longinotto chooses Sicilian photojournalist Letizia Battaglia, who fearlessly documented Palermo’s deadly crime sprees, as her subject for “Shooting the Mafia”.

The evolution of modern China and its embrace of capitalism are at the centre of Jia Zhangke’s “Ash is Purest White”. Olivier Assayas directs the French comedy “Non-Fiction”, which cleverly analyses the role of digital technology in art and our lives. Hirokazu Kore-eda examines the meaning of family in his Palme d’Or winner “Shoplifters”. South Korean director Lee Chang-dong received rave reviews for his mystery drama “Burning”, an adaptation of Haruki Murakami’s short story. In the humorous and profound “The Wild Pear Tree”, former Palme d’Or winner Nuri Bilge Ceylan explores themes of life and fate as he follows an aspiring writer.

Canadian director Denis Côté’s mysterious “Ghost Town Anthology”, which recently premiered at the Berlin Film Festival, illustrates the dangers of holding on to the past. There’s also a mystery at the centre of the “Li’l Quinquin” sequel “Coincoin and the Extra-Humans”, directed by Bruno Dumont. The four-part series encapsulates Europe’s many political issues, such as immigration and right-wing nationalism.

Some short films included in the Masters section are “Now, at Last!” and “Trees Down Here” by experimental filmmaker and past guest of the festival Ben Rivers, as well as “Blue” by award-winning Thai director Apichatpong Weerasethakul, who presented his exhibition and film retrospective in Vilnius last year.

The Masters section will also screen “Our Time” by Carlos Reygadas, “The Beach Bum” by Harmony Korine, “Magical Nights” by Paolo Virzì, “Clergy” by Wojciech Smarzowski, “Ether” by Krzysztof Zanussi, “Memories of My Body” by Garin Nugroho, and more.