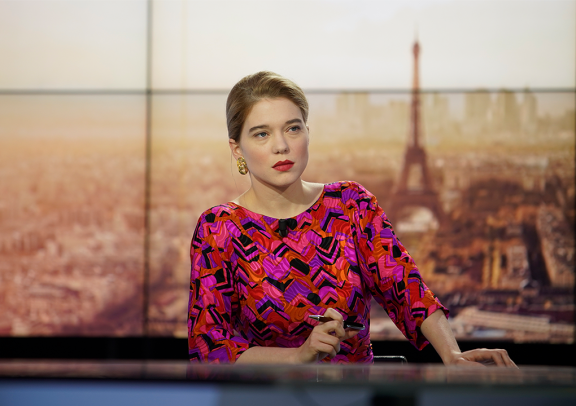 “In order to exist you need cinema,” - agree the organizers of Vilnius International Film Festival Kino Pavasaris, which this year will span from March 24 to April 3, revealing the Masters programme, which features the world’s best directors and includes a great diversity of films that shape the face and history of cinema. Some of them - including Leos Carax’s musical fantasy Annette, Charlie Chaplin’s playful comedy The Circus, and the mysterious drama Memoria by film director and visual artist Apichatpong Weerasethakul - will be screened in cinemas as well as in a special venue: Lithuanian National Opera and Ballet Theater.

“I honestly just don’t like formulaic movies,” says Michel Franco, explaining his approach to cinema. “I think my only purpose, the best I can do, is to ask questions. A movie should only be understood by watching it. It’s best if we’re not able to put it into words. That’s the power of cinema.”

From Iran to Mexico - Sharp and Masterful Social Criticism

Most of the great filmmakers screened at the festival over the years stay true to their themes. “It's wasteful to even pull the camera out for something trivial,” says Wojciech Smarzowski, one of the most cherished contemporary Polish filmmakers. In his film The Wedding Day (Wesele), the unconventional plot turn of a fancy wedding offers an opportunity to discuss the ugliness and immorality of society. As with his previous high-profile films Hatred (Wołyńor) and The Dark House (Dom zly), the filmmaker controversially explores modern life and the flaws of society, searching for their roots in the past.

Michel Franco taps into his usual theme of tension and violence between the social classes in the new film Sundown. The viewers of Kino Pavasaris are already familiar with the filmmaker and his provocative dystopia New Order. “We live with violence on a daily basis in Mexico,” says the director. “The least I can do is to discuss it through my work, and to try to understand how a society can keep going while accepting that violence.”

In Russia, the cost of principles can be really high, as the Russian filmmaker Alexei German Jr. ironically reflects in his drama House Arrest (Delo). The film, which highlights the effects of imprisonment, tells the story of a university professor refusing to reject his ideals.

Meanwhile, one of Iran's most important contemporary directors, Asghar Farhadi, in his social drama A Hero (Ghahreman), turns the mirror back at the viewer and calls for the look at the state of Iranian society, particularly on the impact of personal ambitions on ethical norms and the traditional concept of honesty and honor.

Sometimes humor, unconventional form, or hopeful attitude on screen becomes a very honest reflection on the human condition. The eccentric French director Bruno Dumont, well known to the audience of Kino Pavasaris, says he wanted to discover beauty in the present without denying the wretchedness of human nature. He returns to the festival with his provocative satire France - an allegory of modern media, the society and country that has lost its values. The film tells the story of a modern woman, France de Meurs (played by Léa Seydoux), suggesting that the depiction of an event often overshadows the event itself.

This year, the festival crowd will see the drama Evolution by the Hungarian theater and film director Kornel Mundruczó, whose Pieces of a Woman was screened in Lithuania last autumn. In this film, premiered in Cannes, the director once again turns to the theme of anti-Semitism that marks his entire work. Provoking, interweaving historical contexts and suggesting hopeful hints, Mundruczó explores the lives of three generations of the same family. “Evolution isn’t a film about the Holocaust, but a film about our contemporary identity,” he says. “However, we had to look back and to face its historical component in order to understand why identity is now so fluid.”

Polish director Pawel Łoziński, who addresses the public in a completely different way from his compatriot Smarzowski, will surprise the viewers with his chosen film form. The filmmaker spent more than two years on his balcony, interviewing more than a thousand passers-by and creating a touching story The Balcony Movie (Film balkonowy) about the world we live in today.

This year’s Masters programme is full of films that reflect the selves and identities of their creators. The great Terence Davies returns to the festival with his biographical drama Benediction, which tells the story of the British writer Siegfried Sassoon who is trying to come to terms with his homosexuality in the aftermath of war. The film, starring Jack Lowden, creates a charming and bohemian atmosphere reminiscent of The Great Gatsby and painfully shows how, over the years, we become strangers to ourselves.

The Restless (Les Intranquilles), directed by Joachim Lafosse, was inspired by the experience of his father who suffered from bipolar disorder. “For me, bipolarity isn’t the topic of the film,” the director says. - We’ve held a few screenings and many people come to tell me that they saw themselves in the film, one because her husband was an alcoholic, another because his wife had cancer. I think everyone can have gone through this.”

The father’s figure also became the impetus for a new film by Karim Aïnouz, the director of The Invisible Life of Euridice Gusmao. In January 2019, the filmmaker decided to sail a boat across the Mediterranean and visit Algeria for the first time in his life. With his camera and memories of his mother, Aïnouz combined the details of his visit to the father’s homeland into a poetic cinematographic journey, Mariner of the Mountains (O Marinheiro das Montanhas).

In her film I want to talk about Duras, the British director Claire Simon treats the documentality in a completely different way. “I have a friend who is a theatre director who was working on Duras. I reread the text and was still spellbound,” remembers Simon. “I told myself: “This is completely unsuited to cinema - so let’s do it!”. I thought the conversation had potential on film. I felt a need to create this missing record. I’ve often done that - created documents that didn’t previously exist,” admits the director.

“I think coincidence allows for people to imagine other possibilities, other worlds“, says Ryûsuke Hamaguchi, one of Japan's most important contemporary directors. Inspired by Eric Rohmer's Rendezvous in Paris, he created the drama Wheel of Fortune and Fantasy. Another - virtual - world becomes the centerpiece of animation master Mamoru Hosoda, the creator of Mirai no Mirai, in his Belle, where he explores the themes of bullying and teenage angst, authenticity, and online toxicity.

More about the films in the Masters programme here.

The project is co-financed by the Lithuanian Film Center, Vilnius City Municipality, the Lithuanian Council for Culture and the European Union's Creative Europe MEDIA.