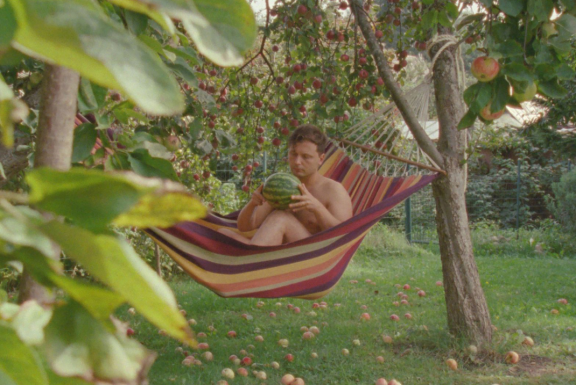 30 European shorts including 5 from Lithuania will vie for the competition award. “Dummy” by Laurynas Bareiša comes straight out of its premiere at Berlinale, while “Community Gardens” by Vytautas Katkus was screened at Cannes Critics’ Week. Both were the first Lithuanian short films to compete in their respective festivals. Eglė Razumaitė’s “Notes from the Underground”, Kamilė Milašiūtė’s “Through the Fields” and Robertas Nevecka’s “Snow Shelter” round out the selection

All Short Competition contenders were created by directors who haven’t made a feature film. The winner will be chosen by a jury comprised of Lithuanian director Andrius Blaževičius, Greek director Konstantina Kotzamani and member of the selection committee for Berlinale Shorts Simone Späni.

Shortest Night promises viewers an exceptionally strong line-up. Yorgos Lanthimos’s 12-minute thriller “Nimic” will kick off the nocturnal 6 hour-long screening, followed by Cannes Palme d’Or winner “The Distance Between Us and the Sky” by Vasilis Kekatos,action short “Figurant” by Jan Vejnar, European Film Award nominees “Dogs Barking at Birds” by Leonor Teles and “The Marvelous Misadventures of the Stone Lady” by Gabriel Abrantes, the Macedonian comedy “Sticker” by Georgi M. Unkovski, which premiered at Sundance, and “Sh_t Happens” by Michaela Mihályi and David Štumpf.

Three short film programmes will be presented on Screen 9. “Special Screening: Futures” attempts to predict what’s to come, “Special Screening: Anthology of Animals” explores the relationship between animals and humans, while “Special Screening: Planned Bodies” asks how much control humans have over their own appearance. Finally, Kotzamani’s surreal “Electric Swan” will be paired with Cristèle Alves Meira’s “Invisible Hero” for a double feature.