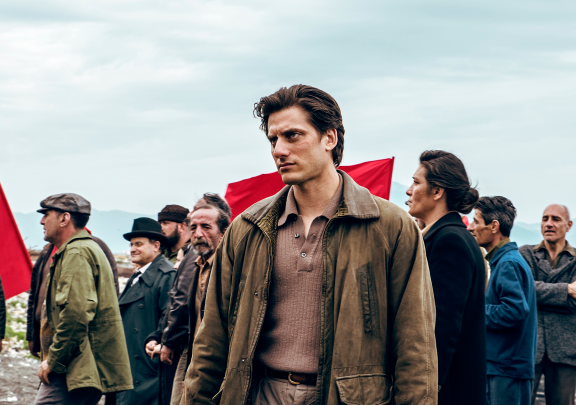 Festivals’ Favourites to Include “Waves”, “Martin Eden” and More

Brand new picks from the 70th Berlinale are set to join 33 feature and 7 short films in the section dedicated to festival award winners and audience favourites.

One of the more notable choices comes from Italian director Pietro Marcello. Historical drama “Martin Eden”, an adaptation of Jack London’s eponymous novel, changes the setting of the famous bildungsroman to 20th century Europe, as a young sailor struggles to rise above his station. The film won the Platform Prize at Toronto and the Best Actor award for its lead Luca Marinelli at Venice.

Another talked about title to come out of Toronto is the cinematic “Waves”. Writer-director Trey Edward Shults creates an immersive family drama chronicling the trauma of a young athlete and those closest to him.

Tibetan director Pema Tseden’s “Balloon” examines the consequences of China’s one-child policy, as a farming family with three children struggles to keep from conceiving any more. The 1980s set, dryly comic drama illustrates the conflict between traditional and modern values.

Yaron Shani creates a unique filmgoing experience with his Love Trilogy, a series that explores relationships and contemporary Israeli society in “Stripped”, which premiered at Venice, “Chained”, which debuted at Berlinale, and “Reborn”, which was screened at Busan. All three films star nonprofessional actors playing versions of themselves.

Shengze Zhu’s documentary “Present.Perfect.” was assembled from over 800 hours of live stream footage. A major phenomenon in China, live streaming provides marginalised individuals a means to connect with the world, while also portraying the shortcomings of modern society. The film received the Tiger Award at Rotterdam.

Another award-winning documentary is Alexander Nanau’s “Collective”. It follows journalists as they uncover chilling corruption at the heart of the Romanian healthcare system, which led to the deaths of 37 citizens.

Rodrigo Sorogoyen’s “Madre” expands on his Oscar-nominated short of the same name, about a woman frantically searching for her missing son. In this feature-length continuation set a decade later, the same mother meets a teenager who bears an uncanny resemblance to her child. Lead actress Marta Nieto earned the Venice Horizons Award for her role of a woman trapped in limbo.

The Göteborg winner for Best Nordic Film “Beware of Children” is an explosive drama about the accidental death of a right-wing politician’s son at the hands of the opposing politician’s daughter. Director Dag Johan Haugerud deftly examines the contradictions within each character.

“The Fever”, Maya Da-Rin’s fiction feature debut, was awarded the FIPRESCI Prize in Locarno along with the Best Actor win for lead Regis Myrupu. It portrays the struggles of an indigenous Amazonian torn between his draining job in the city and his native rainforest.

Jayro Bustamante’s “Tremors” follows a religious middle-aged family man who is put through hell after coming out as gay. The drama was named Best Latin American film at San Sebastian.

“Ghost Tropic” premiered at Cannes Directors’ Fortnight and went on to win in Cairo. Director Bas Devos portrays a Maghrebi cleaning lady’s nocturnal journey across Brussels after she falls asleep on the last train home.

Short films in this section include “The Marvelous Misadventures of the Stone Lady” by Gabriel Abrantes, about a statue that escapes the Louvre to explore Paris, and “Dogs Barking at Birds” by Leonor Teles, which follows a young man and his family affected by the transformation of central Porto.

The 2020 Vilnius IFF programme can be found here: https://kinopavasaris.lt/en/programa