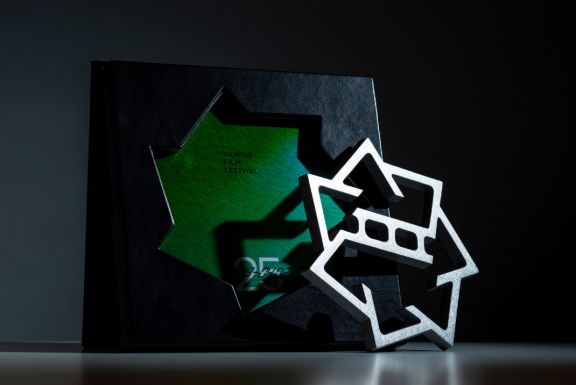 After spending the entire year preparing its anniversary edition, organizers of the 25th Vilnius International Film Festival had just 168 hours to move their event from cinemas to streaming platforms. With all mass gatherings banned by the government to prevent the spread of coronavirus, festival organizers quickly adapted and accomplished what seemed like an impossible task – to go fully digital. The story of their success has captivated the interest of many other festivals.

The team had a week to reorganize their tasks, create new sponsorship, communication and marketing strategies, make necessary arrangements with film distributors for on-demand viewing, partner up with streaming platforms, solve technical difficulties, refund tickets and answer an influx of viewer inquiries. In the end, Vilnius IFF became one of the first film festivals to switch to a digital format, alongside CPH:DOX.

On Thursday, the festival hosted a virtual conference for film industry professionals titled “The Challenge of Organising a Digital Festival During the Coronavirus Pandemic”, in cooperation with CPH:DOX, Developing Your Film Festival and European Film Forum. Vilnius IFF CEO Algirdas Ramaška shared his team’s best practices with over 500 festival organizers and other industry members from around the world, further proving international interest in what his team had accomplished.

“Having a trusted leader is vital in critical situations. Executive director Agnesta Filatovė became our crisis manager and did an amazing job dealing with every challenge. It is also key to set goals, such as getting to know your audience and their interests in order to reorganize activities. We also needed to educate viewers who are used to watching films in cinemas on how to use streaming platforms. Finally, it was important for the festival to keep its identity intact,” said Ramaška during the conference.

Organizers never considered cancelling or postponing the event, due to audience expectations and to minimize financial loss. Luckily, they had created a backup plan. “All of our hard work payed off, emotionally more so than financially. We received enormous support from various institutions, partners, viewers, people from the cultural sector, and the media. We are grateful to all of them and with their help can call the festival a success,” said Ramaška.

Films were streamed 56 000 times. According to data from the research company Kantar, most often two people watched each screening. This adds up to 112 000 total viewers. In comparison, last year’s festival was attended by 126 000 filmgoers. “Despite these numbers, we lost over half of our target ticket revenue, which is a significant financial blow. Hopefully, the damage will be reduced with support from the government,” shared Ramaška.

Vilnius IFF has been extended, with viewing numbers still growing. Special offers have also been set up to thank the audience for their active engagement.

69 percent of the programme – 118 films – made it onto streaming sites and on-demand TV. The European Debut and Short Film competitions also took place, with international juries choosing the winners online. Awardees will receive cash prizes and statuettes.

Moreover, 85 percent of the team helped organize the digital festival, with some members restructuring their original tasks. While the hospitality and event departments were eliminated, a help center and a live broadcasting studio were established, and a team was formed to fight illegal content online. Organizers worked from home to create new communication and marketing strategies within one day. They also updated agreements with over 100 public and private partners and sponsors.

News from Vilnius IFF reached over 4 million people on social media. Key parts of the festival were preserved, including live interviews with filmmakers, conversations about films and presentations by festival programmers, all of which received 750 000 views. Active audience engagement was boosted through a community dedicated to film discussions.

The efforts payed off, with #festivalisnamuose (festival at home) going viral thanks to viewers sharing their photos of opening night celebrations. Vilnius IFF also supported movie theatres by broadcasting the awards ceremony from an empty cinema and playing the closing film in vacant movie theatres all around the country.

Festival photographers improvised a mini red carpet photoshoot, taking pictures of the photos sent in by people celebrating the awards ceremony at home.

Vilnius IFF also continued its commitment to being accessible to all, adapting two films to the needs of deaf and hard of hearing audiences.

1000 care packages were sent out to viewers, containing books, movie catalogues and treats, such as chocolates created especially for the festival.

Vilnius IFF promises to return to movie theatres once they have reopened, to play South Korean film retrospectives, experimental cinema and other works that were not available on-demand.