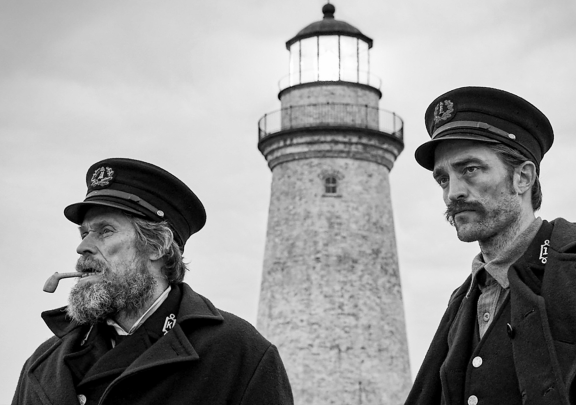 Critics’ Choice Section to Include “The Lighthouse”, “Portrait of a Lady on Fire” and More

Oscar nominated gothic horror, Cannes winning romantic drama, a Polish spiritual parable, documentaries about Tarkovsky and Maradona – this year’s Critics’ Choices are notably diverse in genre, setting and theme. The section is comprised of 15 films that captivated the attention of FIPRESCI members.

Cannes winner for Best Screenplay “Portrait of a Lady on Fire” was the critics’ top pick. French director Céline Sciamma’s scenic romantic drama set in pre-Revolutionary France depicts the love between two women – an engaged aristocrat and the artist hired to paint her.

Nadav Lapid’s “Synonyms” explores the meaning of identity via a young Israeli man who moves to Paris hoping to reinvent himself. Unpredictable pacing and varied emotional range make this Golden Bear winner an enthralling watch.

“The Lighthouse” is sure to hypnotize viewers with its atmospheric black-and-white visuals and dread-filled tale. “The Witch” director Robert Eggers returns with another story about hardship slowly driving people insane, this time focusing on two isolated lighthouse keepers, played by Willem Dafoe and Robert Pattinson.

Another debut, Peruvian drama “Song Without a Name” directed by Melina León, already earned 16 awards for its true-life, artfully shot story of a disenfranchised woman trying to find her kidnapped newborn.

“You Will Die at Twenty”, Amjad Abu Alala’s feature debut that was awarded the Lion of the Future at Venice, depicts a Sudanese boy cursed by a prophecy not to live past the age of 20.

Director Karim Aïnouz depicts the unbreakable bond between two sisters confined by the machista culture of 1950s Brazil in the melodrama “The Invisible Life of Eurídice Gusmão”.

Legendary personalities will be portrayed in three documentaries. Asif Kapadia, who won an Oscar for “Amy”, returns with “Diego Maradona” – an archival film about the talented yet controversial football star. In “Andrey Tarkovsky. A Cinema Prayer”, the great director’s son Andrey meticulously compiles footage of his father sharing thoughts about life, religion, his profession and much more. Finally, Algerian director Hassen Ferhani takes viewers to the middle of the desert in “143 Sahara Street”, where he documents shopkeeper Malika’s conversations with drivers stopping for food and supplies in the vast expanse.

Franco-Spanish filmmaker Oliver Laxe’s “Fire Will Come” re-examines human nature and the natural world through the story of a pyromaniac released from prison returning to his native village in Galicia, where a wildfire soon ravages the region.

“Atlantis” comes from the mind of Ukrainian director Valentyn Vasyanovych, who also wrote, filmed and edited this dystopian drama imagining a Ukraine devastated by war and an ecological catastrophe, as one soldier searches for meaning in this soul-destroying place.

Rounding out the selection is Jonás Trueba’s “The August Virgin”, which revolves around 30-year-old Eva, a Madrid local who decides to brave the city’s heat in order to rediscover herself.