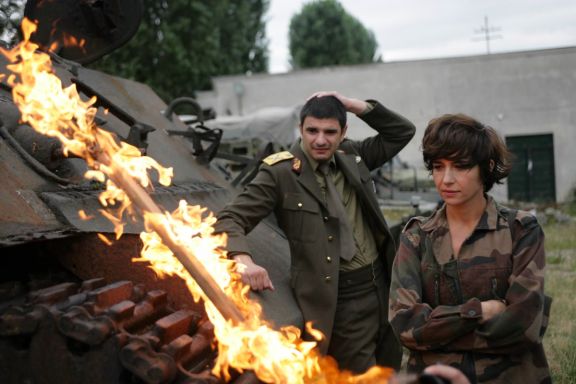 Oscar nominees, films depicting events that have changed the course of history, stories from Lithuania and far-flung corners of the world – these are just some of the 15 favourites that film critics from over 10 countries have included in the Critics’ Choice section of the 24th Vilnius IFF Kino Pavasaris.

Starting March 21, the festival programme will offer brave and experimental films in genres varying from mystery to historical drama. The critics’ top choice comes from Romanian director Radu Jude. His political drama “I Do Not Care If We Go Down in History as Barbarians” examines Romania’s participation in World War II and the massacre its army carried out on the Eastern Front.

The effects of centuries-old racism are felt in Italian director Roberto Minervini’s “What You Gonna Do When the World's on Fire?” The lush black and white documentary depicts the summer of 2017, when the US was shaken by a string of brutal killings of black people.

Another documentary, Julien Faraut’s “John McEnroe: In the Realm of Perfection”, uses stunning archival footage depicting the American tennis champion at the top of his game.

Finally, Oscar winner Barry Jenkins will return to the festival with his latest feature “If Beale Street Could Talk”, an emotional journey into the tragic romance of an African American couple in 1970s New York.