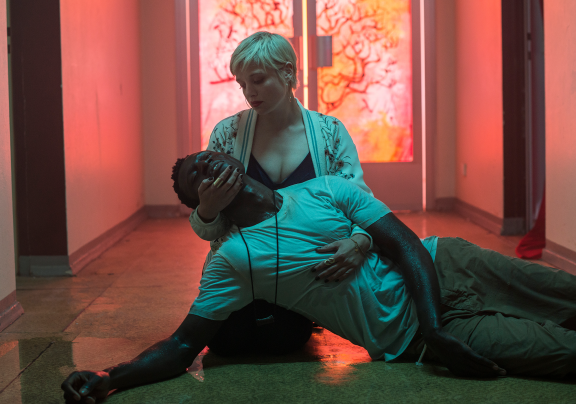 Film critics have cast the most votes for “Quo Vadis, Aida?”, shortlisted for the International Oscar. Directed by Bosnian filmmaker Jasmila Žbanić, this tense psychological drama follows the titular Aida, a translator for the UN in the small town of Srebrenica that gets taken over by the Serbian army in July of 1995. As an insider to the negotiations, Aida must make decisions that will determine her family’s fate.

The critics’ second pick is the buddy comedy “Mandibles”, created by French musician-turned-filmmaker Quentin Dupieux. When beach-bums Manu and Jean-Gab find a giant fly in the trunk of a stolen car, they go on a farcical adventure to get rich.

Another critical darling is “Berlin Alexanderplatz”. Based on the classic novel, Burhan Qurbani’s neon-lit contemporary adaptation plunges into the criminal underworld of Germany’s capital by reimagining the lead character as an undocumented African immigrant.

In “The Painter and the Thief”, also on the Oscars shortlist, stolen artworks bring about an unlikely friendship. Benjamin Ree documents the stranger-than-fiction story of an artist seeking to learn the reasons behind the theft of her work, and her relationship to the man responsible.

Philippe Lacôte’s “Night of the Kings” draws inspiration from the oral tradition of African griots. In La MACA, a prison in the Ivory Coast, inmates govern themselves. Storytelling is the only escape available to them, and as the red moon rises, a newcomer is tasked with spinning tales of wonder until dawn to stay alive.

Also available in the online festival will be “Air Conditioner”. Directed by Fradique, the film deals with Angola’s complex colonialist past and rather recent civil war through a charmingly off-beat story about mysteriously falling air conditioners, and one man’s journey to find a working unit for his overheated boss.

The remainder of the films included in the Critics’ Choice section will be screened once the movie theatres reopen. The online edition of Vilnius IFF will take place March 18 – April 5.