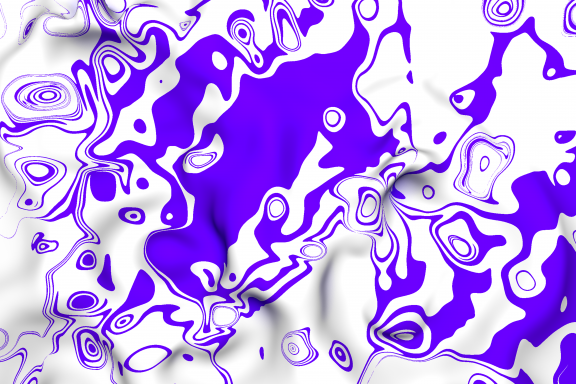 Have you ever felt like imagination has no place in your mind, already occupied with too many responsibilities and tasks? The 24th Vilnius IFF visual identity promises to provide a platform for cinemagoers to slow down their pace and revive the creativity spark.

The rippling water depicted in this year’s visuals alludes to the constant unrest in people’s busy routines. “Don’t rush. Imagine” advises this year’s Kino Pavasaris, once again offering quality cinema that’s worthy of your time and refreshed mind. Only when the mind settles can one’s imagination begin to stir.

The visual identity was created by graphic designer Mindaugas Dudėnas alongside creative duo Stefken+Kudirka – Cannes Bronze Lion winner Stefanija Jokštytė and recipient of the Cannes Young Lions award Žygimantas Kudirka. This innovative team was inspired by the fast-paced way of life that has become hard to escape, and never ending seek for moments of calm that allow the imagination to gift us something beautiful. On March 21 – April 4, festivalgoers are invited to slow down and reconnect with their imaginations to experience this year’s Vilnius IFF.