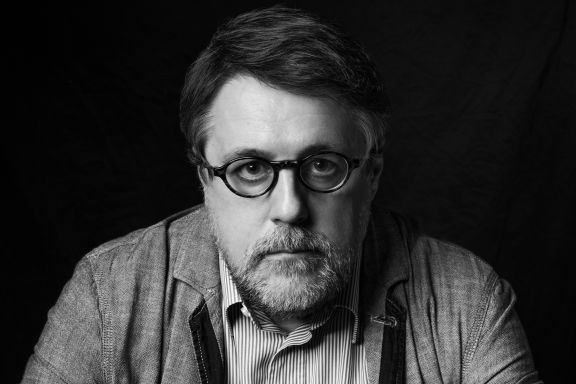 Billingham, Zanussi, Mansky and More Coming to the Festival

Longtime friend of the festival Krzysztof Zanussi will present his most recent film “Ether” and receive a lifetime achievement award for his contribution to cinema.

The Canadian Berlin-based artist Jeremy Shaw is set to present his “Quantification Trilogy”, which recently premiered at Tate Modern in London.

French director Yolande Zauberman will bring her documentary “M” to the festival, offering a piercing look at abuse within an ultra-Orthodox Jewish community.

Sudabeh Mortezai will present “Joy”, which shines a light on the hardships of migrant sex workers from Africa and won the top prize at the London Film Festival.

Natalya Meshchaninova will return to Vilnius IFF with her newest drama “Core of the World”, which she’ll present with the film’s lead, her husband Stepan Devonin.

Marie Kreutzer will answer audience questions about her psychological drama “The Ground Beneath My Feet”, which recently competed at Berlinale.

Debuting Estonian director Liina Trishkina-Vanhatalo will present her portrayal of a single father in “Take It or Leave It”.

Zsófia Szilágyi is set to visit the festival with “One Day”, whose insightful look at modern motherhood won the FIPRESCI award at Cannes Critics’ Week.

Both films in Djibril Diop Mambéty’s retrospective – “Touki Bouki” and “Hyenas” – will be presented by his son, musician Teemour D. Mambéty.

Serbian director Ognjen Glavonić will introduce his unpredictable drama “The Load”, which premiered at Cannes.

Camille Vidal-Naquet will invite festivalgoers to an uncomfortable but necessary discussion about the sex trade, based on his drama “Sauvage”.

Xacio Baño will present his mysterious feature debut “Trot”, which was produced by the Lithuanian Marija Razgutė.

Darko Štante will visit the festival with his film “Consequences”, based on the director’s experience working at a youth detention centre.

Florian Seufert will come to discuss his European Debut Competition contender “Pamparios”, which takes him on a journey to self-realization.

Polish director Kinga Dębska will present her exploration of women’s alcohol addiction in “Playing Hard”, while Pawel Maślona will meet with viewers of his feature debut “Panic Attack”.