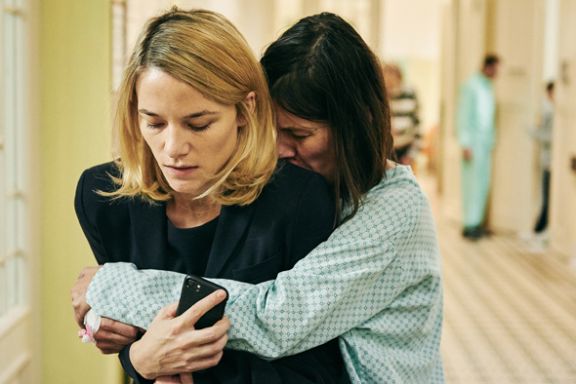 The 24th Vilnius IFF Kino Pavasaris Festivals’ Favourites section of the programme will feature an exciting selection of the films that have won prizes at Berlin, Sundance, Toronto, Locarno and many more international festivals.

Festivals‘ Favourites programme will also include Marie Kreutzer's Berlinale Golden Bear contender “The Ground Beneath My Feet” and Safy Nebbou’s romantic drama starring brilliant Juliette Binoche “Who You Think I Am”. The latter films will be joined by last year’s Silver Bear winner for Best Screenplay “Museum”, directed by Alonso Ruizpalacios. The talented Gael Garcia Bernal plays the lead role in this stylish heist drama.

Sudabeh Mortezai’s “Joy”, winner of the top prize at the London Film Festival, draws from the experiences of its nonprofessional cast to portray the hardships of migrant Nigerian sex workers. Isaki Lacuesta’s “Between Two Waters” earned the Golden Shell at San Sebastian for its exploration of the lives of two Roma brothers. Another selection from the Spanish festival is Felix Van Groeningen’s “Beautiful Boy”, starring Golden Globe nominee Timothée Chalamet as a young man dealing with addiction, and Steve Carell as his father who’s struggling to help him.

Yeo Siew Hua’s film noir “A Land Imagined” comes from the Locarno Film Festival, where it was awarded the Golden Leopard for its stylish and engrossing social commentary on life in Singapore. Yolande Zauberman‘s documentary “M”, which also premiered at Locarno, offers a piercing look at abuse within an ultra-Orthodox Jewish community.

“Cities of Last Things” by Wi Ding Ho comes from the Toronto Film Festival, having earned the Platform Prize for its melancholic and romantic story with elements of science fiction. Another Toronto premiere, Mia Hansen-Løve’s “Maya”, follows a former French hostage who travels to India and falls in love the titular heroine.

Joining the programme will be documentary “Celebration” by Olivier Meyrou, which finally saw the light of day after just one public screening at the 2007 Berlinale. It follows designer Yves Saint Laurent as he prepares his final collection.

The Festivals’ Favourites section will also showcase notable performances. “Before the Frost” by Michael Noer stars Jesper Christensen, winner of Best Actor awards at the Chicago and Tokyo film festivals. An impressive cast that includes Lorenzo Ferro, Chino Darínas and Argentinian film legend Daniel Fanego appears in “The Angel”, the story of the longest-serving prisoner in Argentina directed by Luis Ortega and produced by the Almodóvar brothers.

Finally, the animated short “This Magnificent Cake!” by Emma De Swaef and Marc James Roels deserves a special mention for its daring story about Europe’s colonial past. It was awarded in Toronto and at the Annecy Animated Film Festival.