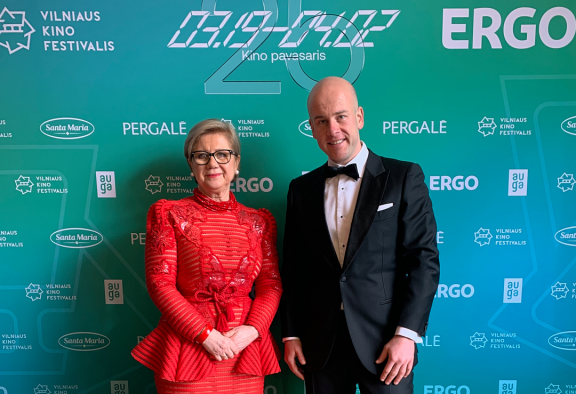 The first digital festival in Lithuania celebrated its opening night online, with viewers showing their support by posting photos from home. The 25th edition of Vilnius IFF has moved to streaming platforms for March 19–April 2, during coronavirus self-quarantine.

Artists including “Rocketman” director Dexter Fletcher, documentary filmmaker Arūnas Matelis and opera director Dalia Ibelhauptaitė expressed their well-wishes for the festival in a video. Opening film “Proxima”, directed by Alice Winocour, marked the start of the two-week long movie marathon. The drama stars Eva Green as an astronaut who must leave her daughter behind as she journeys into space.

CEO of Vilnius IFF Algirdas Ramaška thanked festival partners for their help during this unprecedented time, and asked audiences to join the festival from home. “The best thing viewers can do is to stream our compelling selection of films from the comfort of their couch,” said Ramaška.

Over a 100 feature and short films from the festival programme have been made available on Lithuanian streaming platforms. Audiences will finally be able to watch such anticipated films as Bong Joon-ho’s “Parasite”, Hirokazu Koreeda’s “The Truth” and Céline Sciamma’s “Portrait of a Lady on Fire”.

The entire on-demand programme can be found here: https://kinopavasaris.lt/lt/programa?p=803