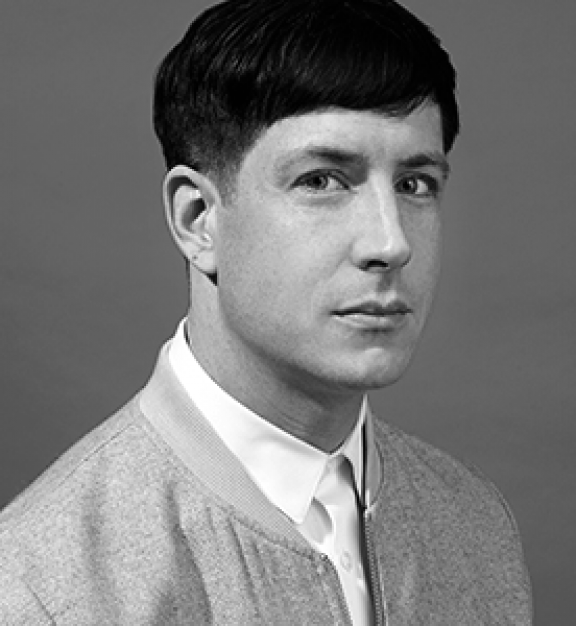 Berlin based Jeremy Shaw primarily practices in video and photography. His practice explores themes of scientific representation and research, music and cultural reception and the concepts of the transcendental and mystical. He has had solo exhibitions at MoMA PS1, New York City, Schinkel Pavillion, Denmark and MOCCA, California. He was recently named the 2016 recipient of Canada’s esteemed Sobey Art Award. 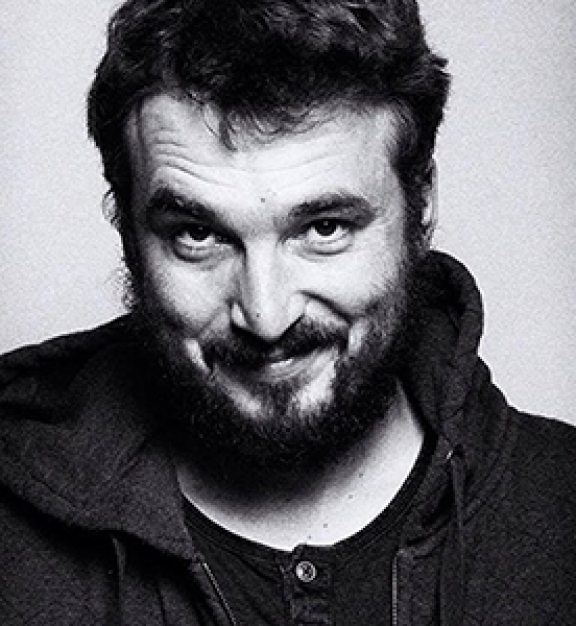 Paweł Maślona directed critically acclaimed shorts including "Magma" which landed him multiple prizes. He collaborated with Maciej Wrona on "The Christening" and "Demon" and was a finalist at the Competition for Poland’s most promising new artists in 2011. His debut feature "Panic Attack" premiered in Karlovy Vary film festival and received great reception and multiple awards in Poland. 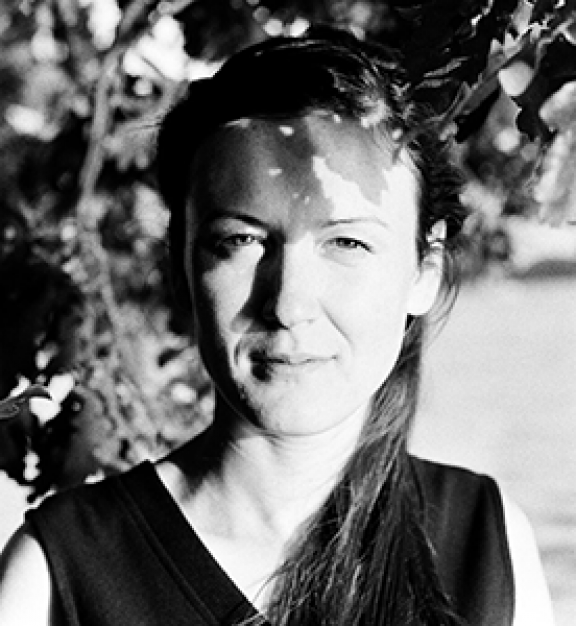 Aistė Žegulytė studied Photographic Technology before starting her Television and Cinema Directing studies at Lithuanian Music and Theatre Academy, from which she graduated with a short documentary "Identities". She then continued her directorial studies and made several fiction and documentary shorts, which were shown in international film festivals. “Animus Animalis” is the first feature length documentary.

Meetings with creator and creative group: 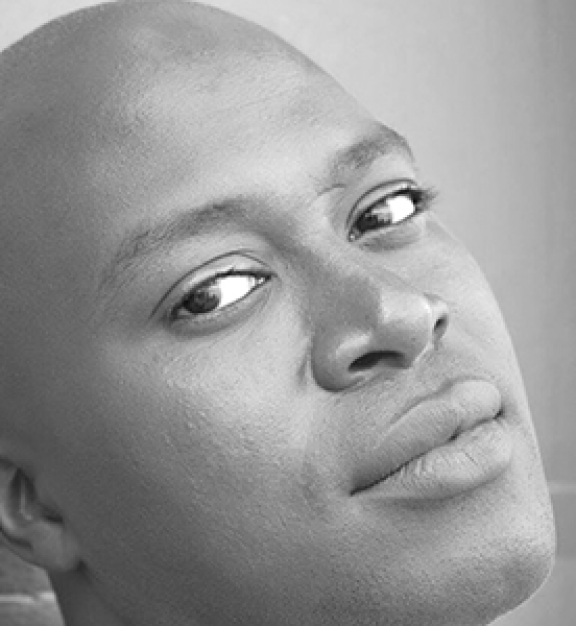 Teemour D. Mambéty is a musician and sun of Djibril Diop Mambéty, who was a Senegalese film director, actor, orator, composer and poet. Though Djibril Diop Mambéty made only two feature films and five short films, they received international acclaim for their original and experimental cinematic technique and non-linear, unconventional narrative style. 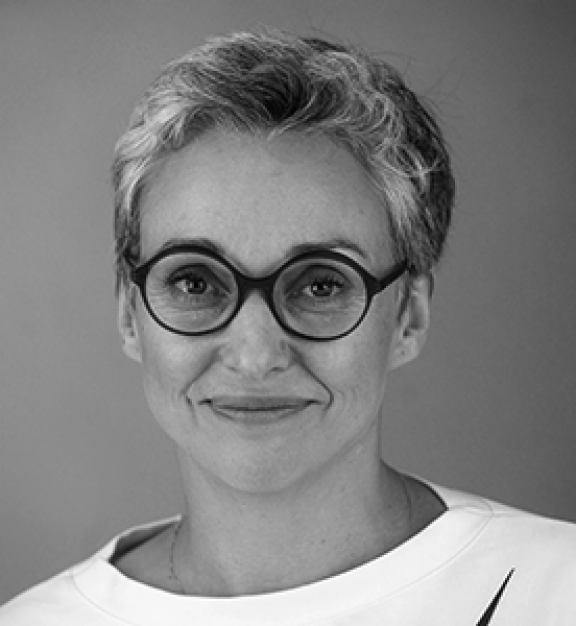 Kinga Dębska is a film director and a screenwriter based in Warsaw, Poland working of documentary and fiction films. She graduated from FAMU Film School in Prague. Dębska’s films, especially “These daughters of mine” brought her an international recognition and got prestigious awards on several festivals in Poland and abroad. Kinga Dębska is also a fiction writer, and recently published her second book. “Playing hard” is her forth film. 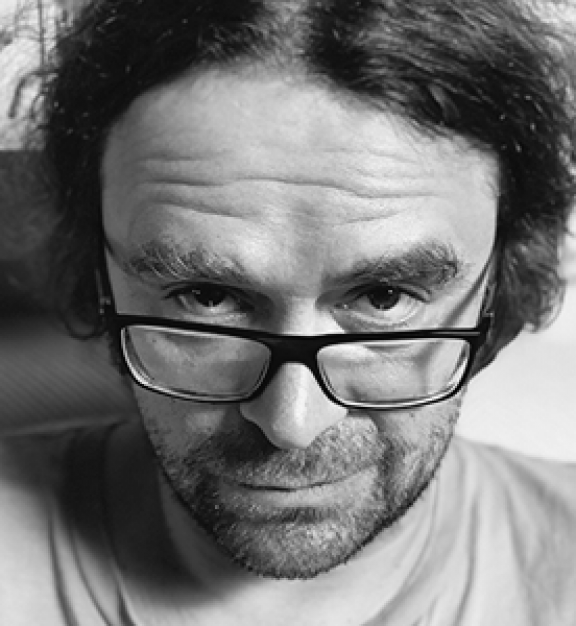 Meetings with creator and creative group: 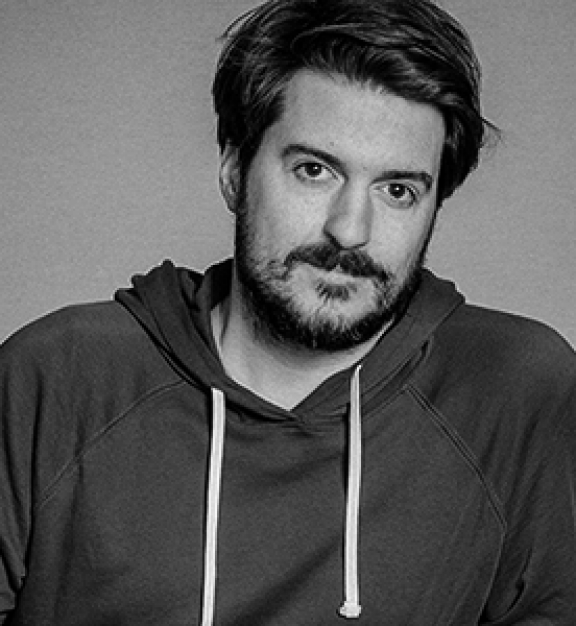 Ognjen Glavonić graduated from Film and TV directing at the Faculty of Dramatic Arts, Belgrade. His documentary “Zivan Makes a Punk Festival” premiered in IFF Rotterdam, his “Depth Two” (2016) were screened in many festivals, winning a number of awards. Ognjen’s first fiction feature film, “The Load”, premiered at the Director’s Fortnight section at Cannes Film Festival. He is also the director and co-founder of Pančevo Film Festival in Serbia. 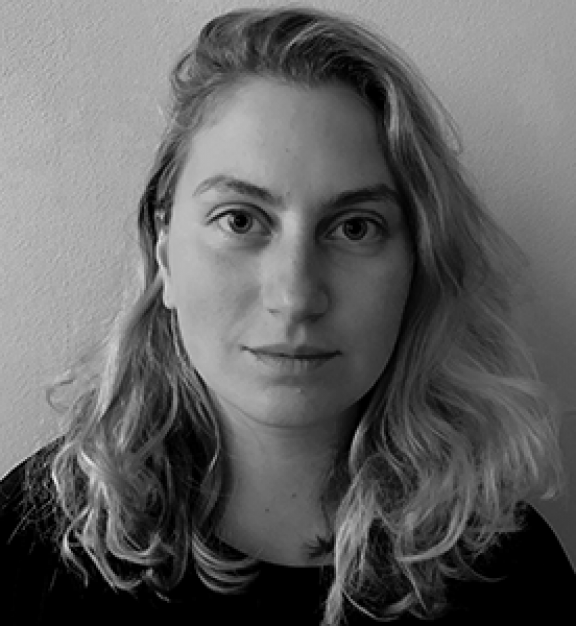 Marija Kavtaradzė studied film directing in the Lithuanian Music and Theater Academy. Her short films "The last man I talked to" and "I am twenty something" won best student film awards in National Lithuanian film awards. "Youngblood" premiered in San Sebastian film festival. she is a co-writer of well received Lithuanian feature debut by Andrius Blaževičius “The Saint". Her feature debut, "Summer survivors" premiered at Toronto film festival.

Meetings with director and creative team: 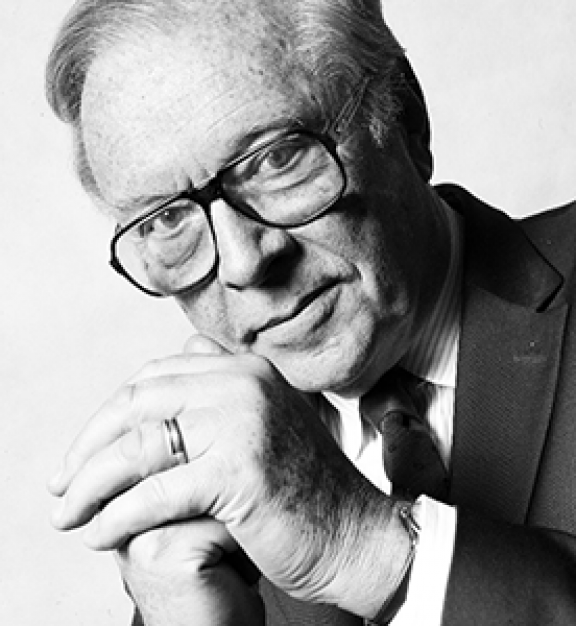 Krzysztof Zanussi is a Polish screenwriter, director and producer for TV and cinema. After graduating in Physics, Philosophy and cinema, Krzysztof Zanussi started his career in the amateur film movement before going on to win numerous festival prizes for films such as The Structure of Crystal (1968), Illumination (1973), Camouflage (1976), Constant Factor (1980), The Year of Quiet Sun (1984), Wherever You Are If You Are (1988), In Full Gallop (1996), Persona Non Grata (2004), and Revisited (2009). Krzysztof Zanussi has also worked as a theatre director and chairs the Tor film studio, producer of the films by Krzysztof Kieślowski, Agnieszka Holland and many others. He has lectured at a number of Universities across Europe and in the USA. He lives and active political and social life, He is also an author of several books. In Vilnius FF he will receive the honorary award. 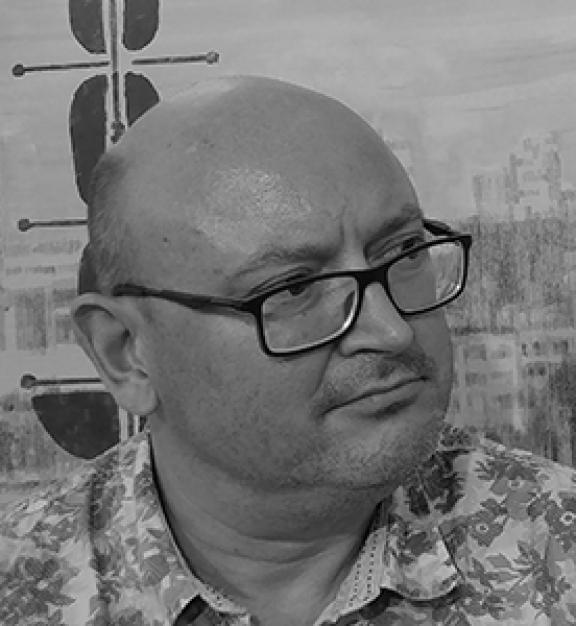 Meetings with director and creative team: 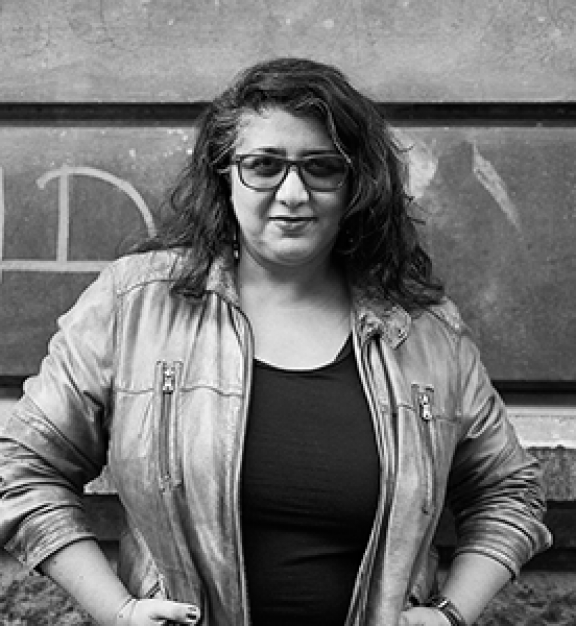 Sudabeh Mortezai was born in Germany, grew up in Tehran and Vienna. After gaining her MA in theatre and film studies from the University of Vienna she worked as a festival programme curator and arthouse cinema manager. After completing UCLA’s certificate program in Film, TV, and Digital Entertainment Media, she moved into film making. Her feature film “Macondo"“ premiered  in Berlinale competition in 2014 and garnered numerous international awards. Joy is her 4th feature length film. 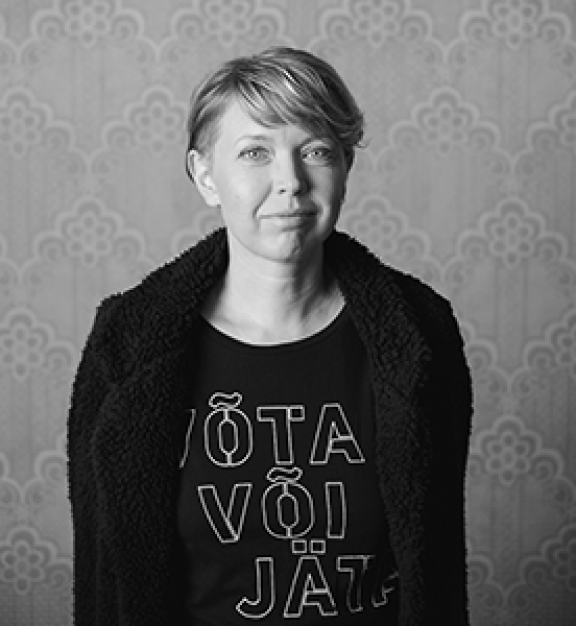 Film director, screenwriter and editor Liina Triškina-Vanhatalo studied cultural studies at Tallinn University, at the European Film College in Denmark and at the Catalonia Film School in Spain. She has worked as a screenwriter and editor on numerous documentary films. „Take it or Leave It“, which was chosen as the Estonian candidate for the Academy Award for best foreign language film is her debut feature. 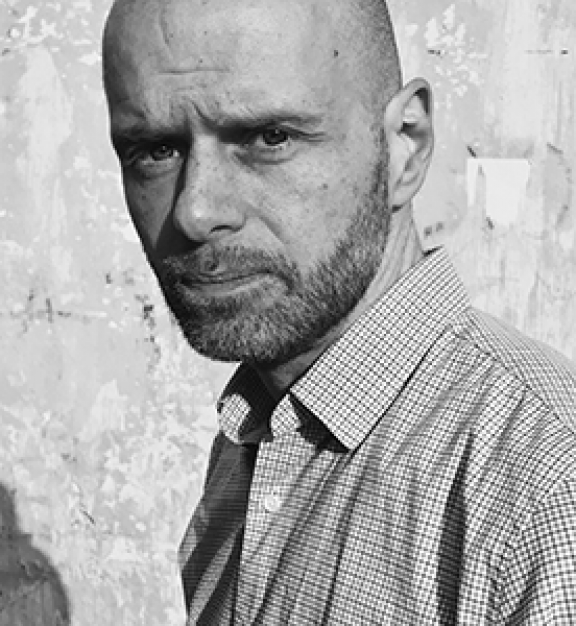 With a master’s degree in literature, Camille Vidal-Naquet directs an experimental short film in sign language, “Génie" (6 min), then a first fiction film, “Backstage” (24min), and “Heady Stuff” (28 min). At the same time, he teaches film analysis. “Sauvage" is his first feature film. 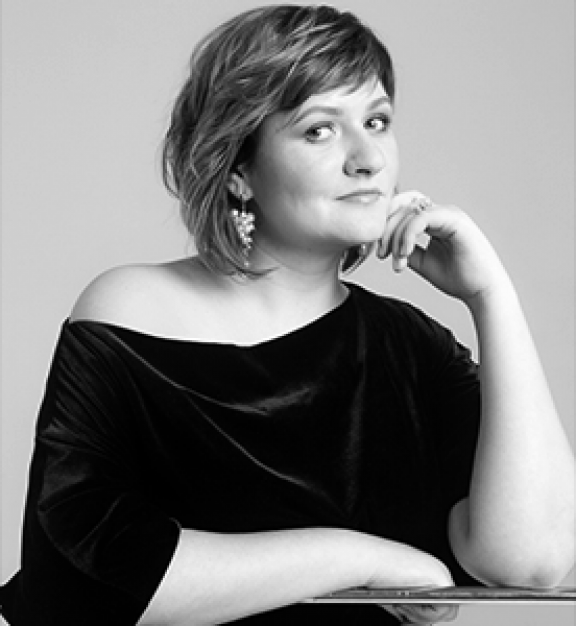 Nataliya Meshchaninova
Russia
"Core Of The World" director and writer

Writer/director Natalya Mechchaninova graduated from Kuban State University, where she specialised in television and film directing. She worked for a TV station in Krasnodar for a period of time. After her documentary debut, "Herbarium" (2007), she decided to pursue her filmmaking career in Moscow. Her feature debut, "The Hope Factory" (2014) had its world premiere at IFF Rotterdam in 2014. "Core of the World" won the Grand Prize at the Kinotavr Film Festival in Sochi. 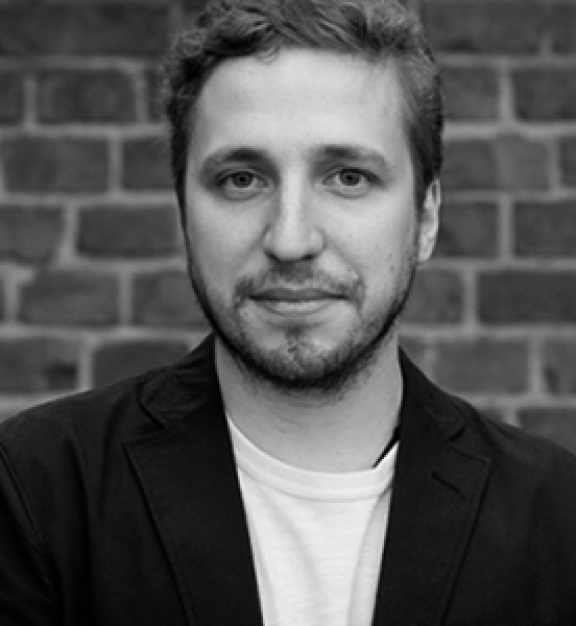 Stepan Devonin
Russia
"Core Of The World" writer and actor

Stepan Devonin is a Russian theater and cinema actor. He has graduated from the school-studio of the Moscow Art Theatre, supervised by Aleksei Guskov and M. Lobanov. His most remarkable work during studies was Regin's role in the play "The Story of One Disease", staged by the course master Aleksei Guskov. After it's premiere, the play was included in the repertoire of the Moscow Academic Mayakovsky Theatre. Stepan Devonin has temporarily performed in the Alexandrinsky Theatre in St.Petersburg, currently he performs in Satyrikon Theatre in Moscow. 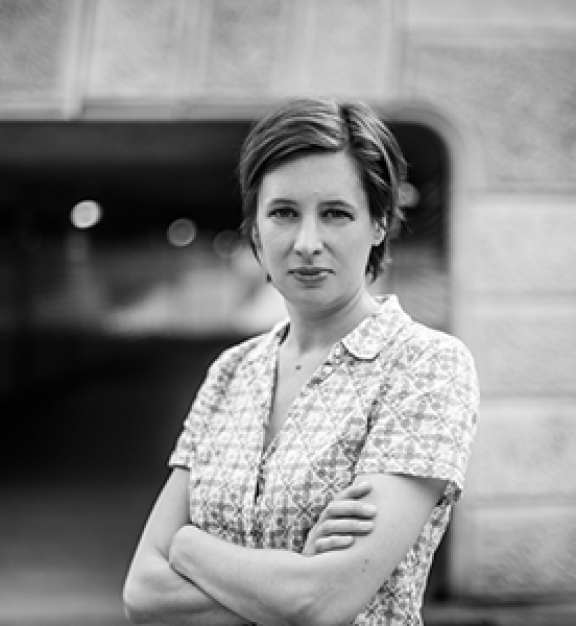 Author/director, Zsófia Szilágyi studied Hungarian grammar and literature education before starting film directing studies in the Academy of Film and Drama of Budapest. She worked as assistant lecturer to Berlinale Golden Bear winner Ildikó Enyedi at the Hungarian Academy of Film and Theatre and assistant director in her Oscar nominated ’On body and Soul’. "One Day" is Zsófia's debut feature. 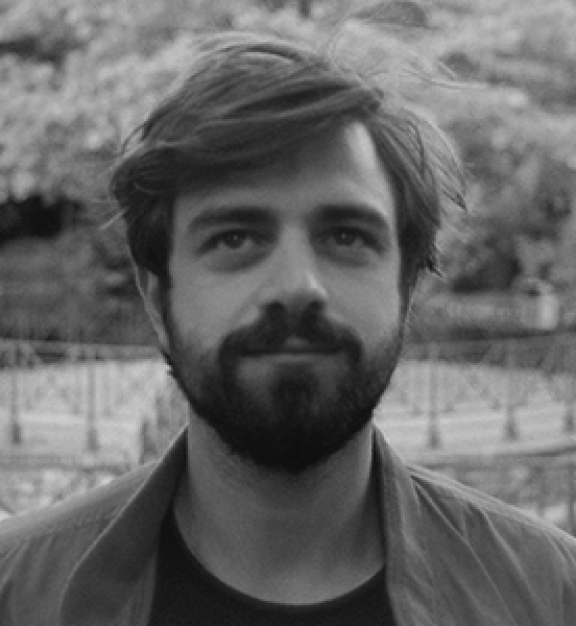 Florian Seufert studied Theater and Media Studies and Film Directing in University of Television and Film Munich. He became part of the performance group APITÆL ZWEI KOLEKTIF and started his collaboration with theatre director Ersan Mondtag with whom he is since working on a fusion of theatrical and cinematic forms. During his Mexican film Residency he worked on his thesis and first feature film "Pamparios" which premiered at VISIONS DU RÈEL. He is member of the film collective PRONOIA developing hybrid forms of storytelling and filmmaking as a tool of personal and micro-social transformation. 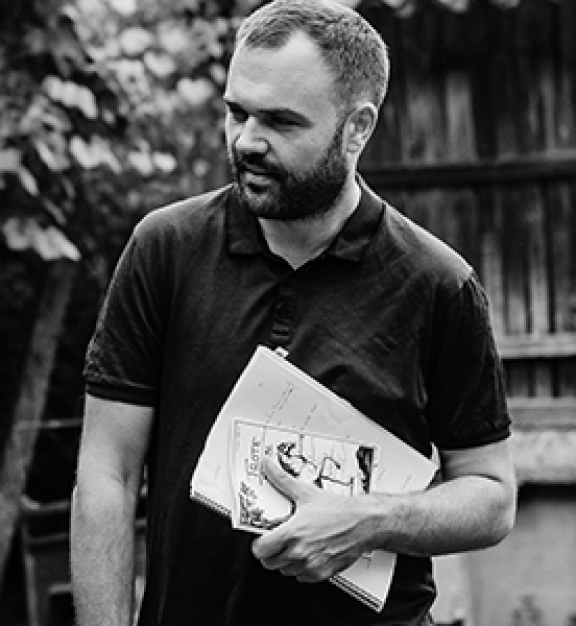 Xacio Baño produces, writes and directs short films, including Pieces (2012), To Be and to Come Back (2014) and Eco (2015). His works were screened at the Locarno Film Festival, New Directors/New Films MoMA and Telluride Film Festival. His first feature film Trot premiered at Locarno in 2018. 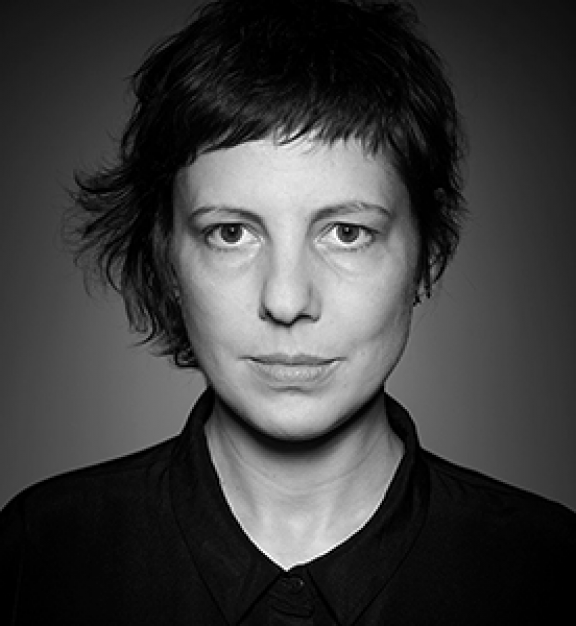 Adina Pintilie
Romania
"Touch Me Not" director and writer

Filmmaker Adina Pintilie works on the boundary between fiction, reality and visual art. In the new Romanian cinema landscape, her body of work stands out for its highly individual visual style, its courage of cinematic experimentation and its uncompromising interest in the human psyche. Her shorts and medium length films including "Don't Get Me Wrong" (2007) and "Oxygen" premiered in A class festivals and had successful festival life afterwards, winning a number of awards. Her first feature Touch Me Not won the Golden Bear at Berlinale, and was screened around the world and acquired for theatrical distribution in more than 35 countries. 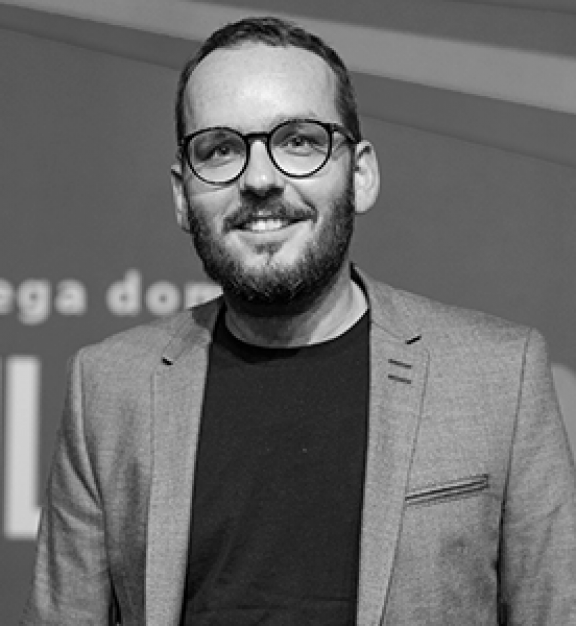 Darko Štante is completing his MA in Film Directing at the Ljubljana Academy of Theatre, Radio, Film and Television. He has worked as an assistant director on various commercial productions and has authored his own AV projects. 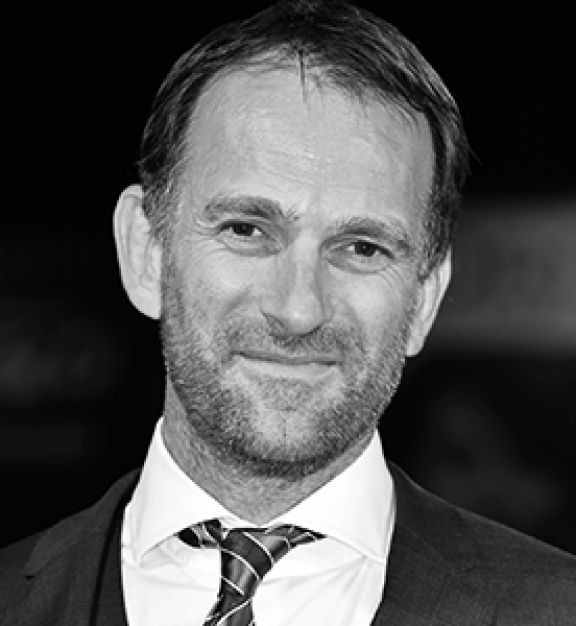 Spanish born David Oelhoffen has been directing films in France for several decades. His debut feature "In Your Wake” (2007) premiered in the Cannes’ Critics’ Week. His mostly acclaimed film is "Far from Men"" in 2014, based on “L’hôte" by Albert Camus, stared Viggo Mortensen and Reda Kateb. The film played in official competition at the 71st Venice International Film Festival where it won three collateral awards. His latest work is “Close Enemies”. 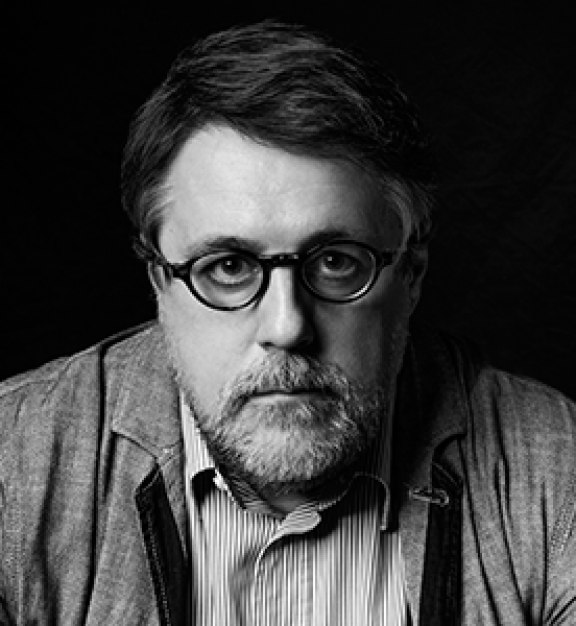 Vitaly Mansky graduated from VGIK and became one of the most prominent contemporary Russian documentary filmmakers. He directed over 30 films which were screened and awarded at festivals worldwide. He also produced a number of well known directors, including Sergei Loznitsa. In 1996 he launched a project that aims to archive amateur private videos shot in the times of the former USSR. V.Mansky produces national Laurel Leaf awards for the best Russian documentary films. He is the founder and President of Artdocfest — Russian Open Documentary Film Festival for Russian-language creative documentaries, which in 2015 was relaunched in Latvia, where he lives since 2014. His films"Close Relations" and  "Under the Sun" were screened in Vilnius FF, his latest documentary "Putin's witnesses"  was awarded as best documentary in Karlovy Vary film festival. 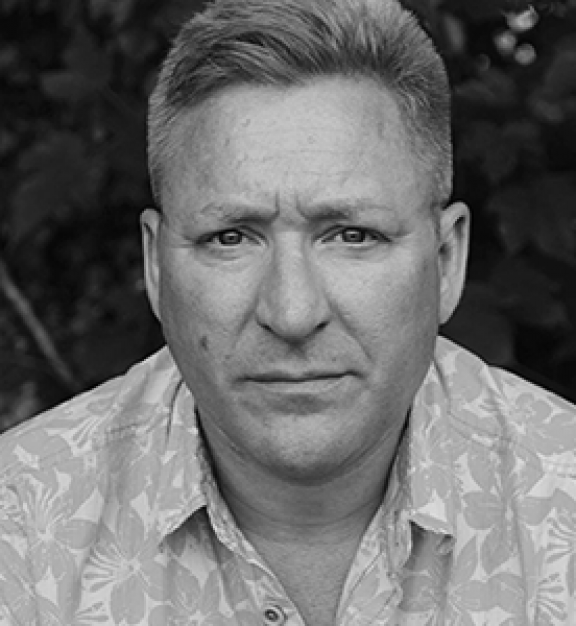 Richard Billingham is well acknowledged British photographer whose work is held in many collections including San Francisco Museum of Modern Art, The Metropolitan Museum in New York, V&A and Tate Galleries in London. He has exhibited at the Venice Biennale 2001, was nominated for the Turner Prize and won a number of other significant awards for his photography work. He has made work about his immediate family, about animals in zoos around the world and about the British landscape. His first feature film “Ray & Liz”, shot on location in the Midlands where he grew up, won Special jury Prize in Locarno and was nominated for BAFTA. 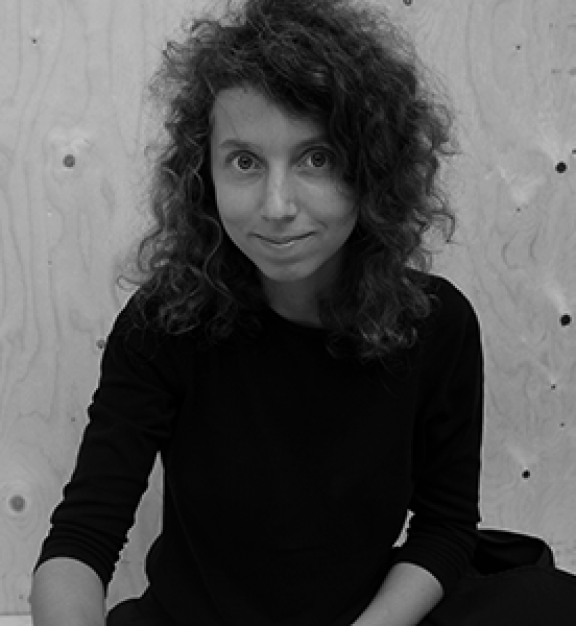 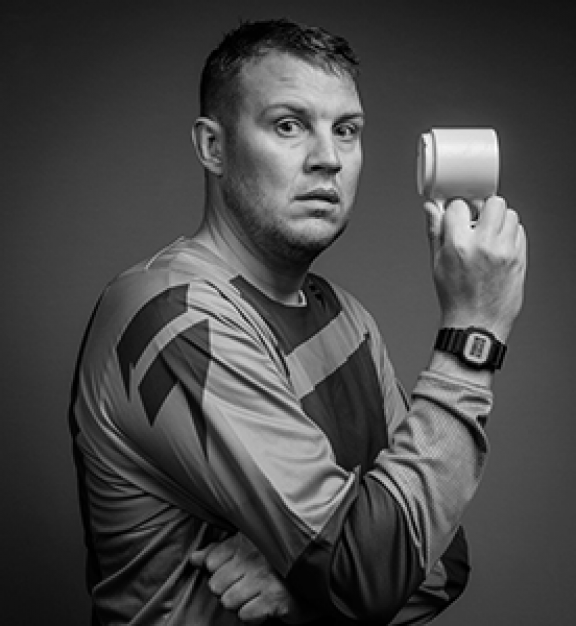 Martin Skovbjerg is a Danish award winning director and music producer, widely recognised for his distinctive visual expression. Primarily focused on music videos, commercials and documentaries, Martin made his TV debut in 2015 with the critically acclaimed youth series "Anton 90” which was praised for its authenticity and bold formalistic approach. "Sticks & Stones" is his first feature. 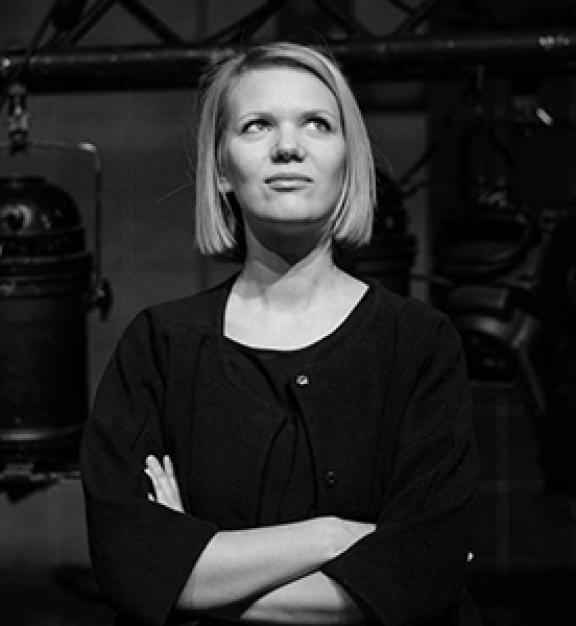 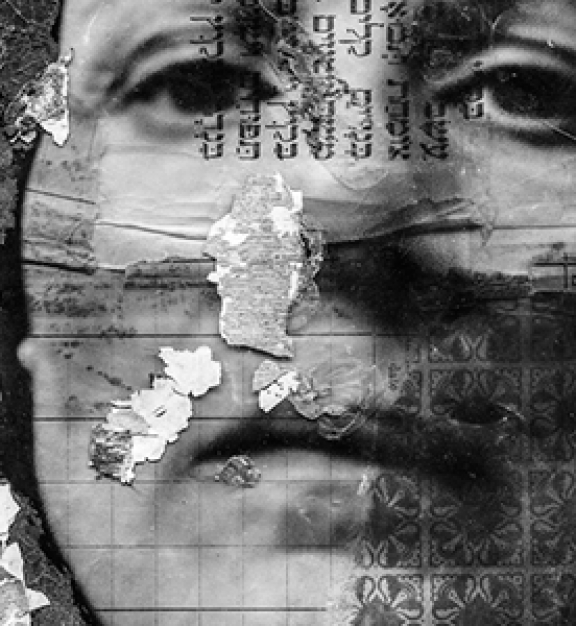